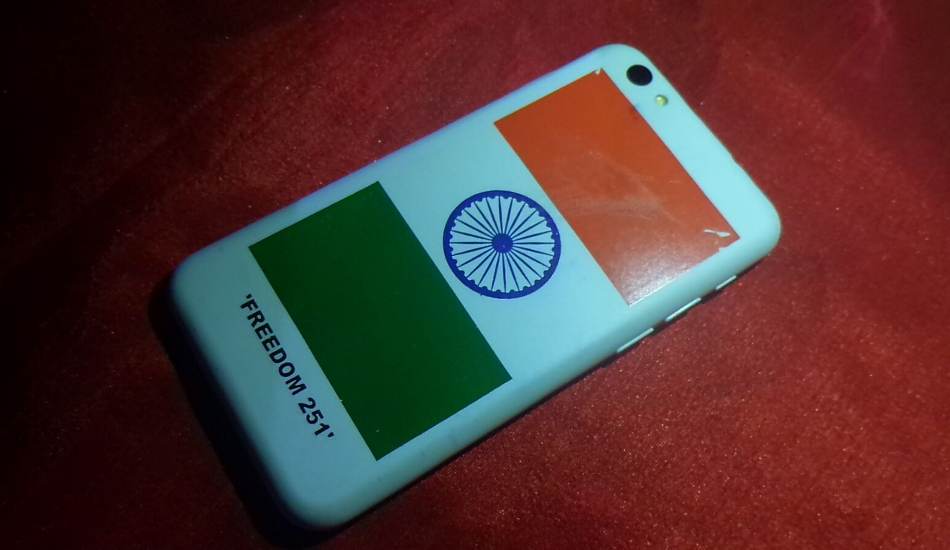 Ringing Bells has announced that it has 5000 units of its Freedom 251 smartphone which it is ready to ship at extra Rs 40 as shipping cost.

So this means now for the Freedom 251, now you have to shell out Rs 291 but even at this price the phone is not bad. The phone has decent specification that includes Android 5.1 Lollipop operating system and a 1.3 GHz quad core processor. The phone has a 4 inch IPS touchscreen as well that has WVGA (800×480 pixels) resolution. It has 8 GB of internal memory, 1 GB RAM, a 1450 mAh battery, 3.2 megapixel rear camera and a 0.3 megapixel front camera, and supports dual SIMs.

Ringing Bells’ CEO Mohit Goel told IANS that he will wait for the customer feedback before readying another batch. He was also quoted as saying that the company has 500 service centres across India. The company also claimed that the Government of India is ready to dole out Rs 50,000 crore.

In February this year, Ringing Bells came to the picture with Freedom 251 smartphone. At just Rs 251, it was the cheapest Android smartphone anywhere in the world. Expectedly it grabbed headlines all over the world but soon got mired in lots of controversies. Allegations were labeled on the company which later refunded the money to several buyers.

Hopefully, the company would not repeat the same mistake this time but certainly we are also excited to see what would be the price of the TV and phones it is going to launch today. Check this space for the update after some time.