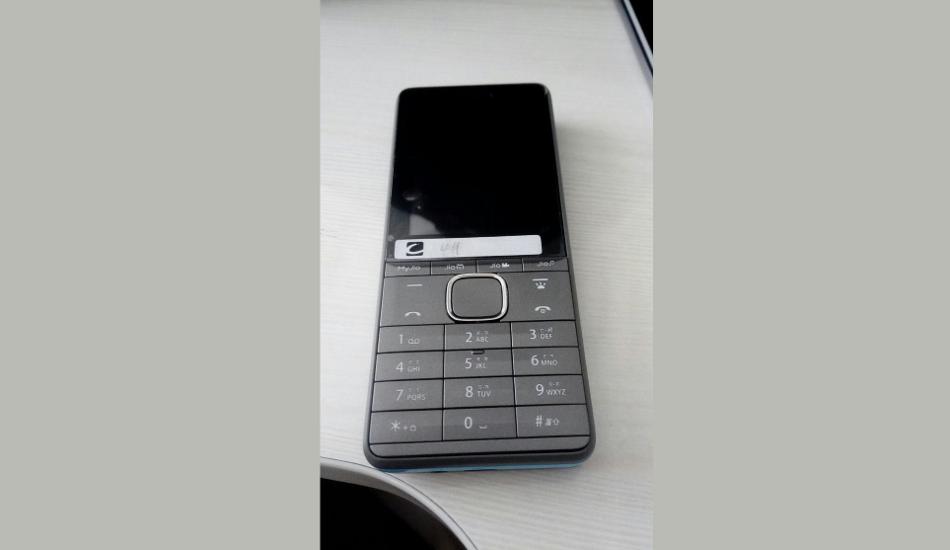 Last week, after some rumours about the Rs 999 feature phone from Reliance Jio hit the news world, we now have a live image of the device. A twitter user with the twitter handle ‘Rajath Kumar K R’ posted an image of the upcoming Jio feature mobile phone and quoted the price point of Rs 1500. This is in line with the previous rumours which stated that the new telecom operator is likely to come up with two feature phones, one priced at Rs 999 and one priced at Rs 1500.

Apart from the VoLTE (Voice Over LTE) support, based on the image leak, the device has a shortcut key for MyJio, Jio Live TV, Jio Video and Jio Music just beneath the display. The device sports the regular T9 keypad with a D-pad placed just below the shortcut keys. It also seems to have a torchlight shortcut as well which is the same as what is generally a ‘menu’ or ‘options’ key in feature phones. We are not really sure if these feature phones will run on Android operating system or not. Based on the announcement Mukesh Ambani made while announcing the Happy New Year offer, the cheapest plan for unlimited calls starts at Rs 149 which can help Jio attract those users who are into a lot of calling but cannot afford an expensive smartphone and tariffs.

For manufacturing these feature phones, Reliance Jio is said to be working with Lava International and Chinese original equipment and initially these phones might come with the branding of both Lava and Reliance Jio.

As of now, Reliance Jio is the only telecom operator who offers free calls over VoLTE (Voice over LTE) technology and has already attracted about 72 million customers since its commercial launch which took place on September 5th, 2016. The company is said to be targeting 100 million soon which would be still a lot less than Airtel’s 260 million users. To achieve this even bigger number, Reliance Jio has is targeting the feature phone market.