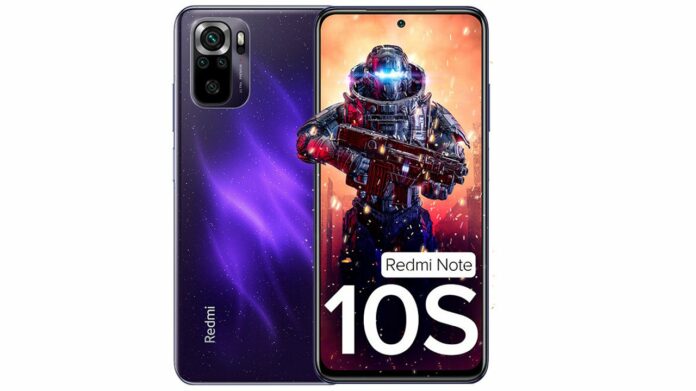 The new variant is priced at Rs 18,499, and will go on sale from Amazon.in, Mi.com, Mi Home stores and retail stores starting tomorrow, December 3rd. For the launch offers, ICICI credit card users will get Rs 1,000 instant discount.

It was introduced in three colours such as Shadow Black, Frost White and Deep Sea Blue. Later the brand also launched the Cosmic Purple variant of the Redmi Note 10S as well.

The phone sports a 6.43-inch FHD Super AMOLED display with a 20:9 AMOLED screen. There is up to 1100 nits brightness, 100% DCI-P3 colour gamut, Corning Gorilla Glass 3 protection.

It packs a MediaTek Helio G95 SoC paired with Mali-G76 3EEMC4 GPU. The smartphone comes with up to 8GB of RAM and up to 128GB storage which is expandable up to 512GB via MicroSD card. The phone also features IP53-rated dust and water resistance.