Redmi 9i to launch in India on September 15 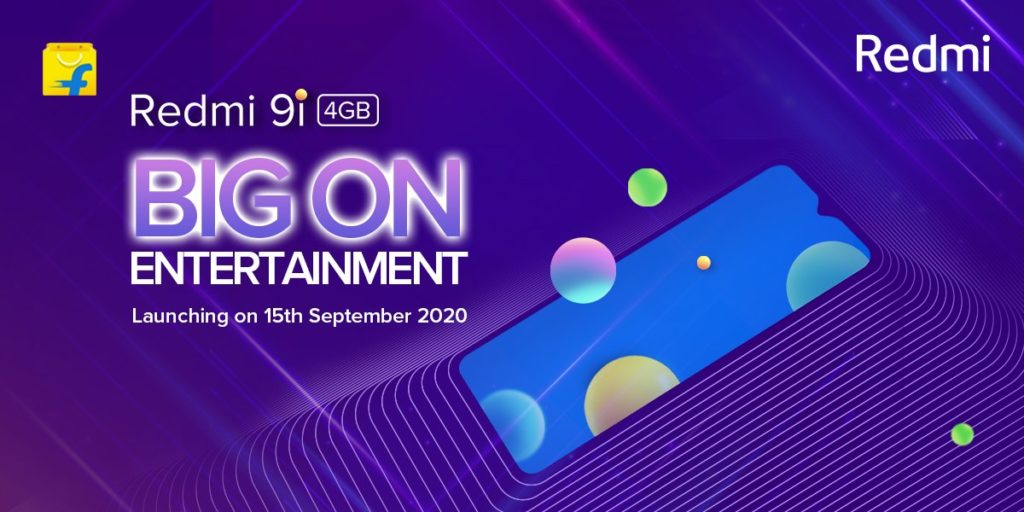 Redmi 9i will come with 4GB RAM and will sport a waterdrop notch at the top. It will be available on Flipkart and mi.com after its launch in India.

Xiaomi has today confirmed that it will be launching another entry-level smartphone known as the Redmi 9i in India on September 15. The announcement comes just days after Xiaomi launched Redmi 9A in the country.

Redmi India’s official Twitter has announced the new development. The company has also created a landing page for the launch event that is scheduled for September 15 at 12 noon.

As per the teaser images on Mi India events page, Redmi 9i will come with 4GB RAM and will sport a waterdrop notch at the top. It will be available on Flipkart and mi.com after its launch in India.

Redmi 9i will have volume rocker and power button on the right side, while the SIM tray seems to be on the right. On the top, there is 3.5mm audio jack while the speaker grill and USB Type-C port appear to be at the bottom.

Based on reports, there are speculations that the Redmi 9i could be a rebranded model of the current Redmi 9A which was launched this year with minor upgrades.

Redmi 9i is expected to come with a 6.53-inch HD+ IPS display with a screen resolution of 1600 x 720 pixels and 20:9 aspect ratio. The smartphone will be powered by a 2GHz Octa Core MediaTek Helio G25 processor. It will have expandable storage up to 512GB via microSD card slot.

Redmi 9i will be backed by a 5,000mAh battery and there will also be IR blaster, USB-C port and fast charging support.The phone is said to feature a single 13-megapixel rear camera and a 5-megapixel selfie shooter. It will run on Android 10, which is based on MIUI 11 which will be upgradable to MIUI 12.