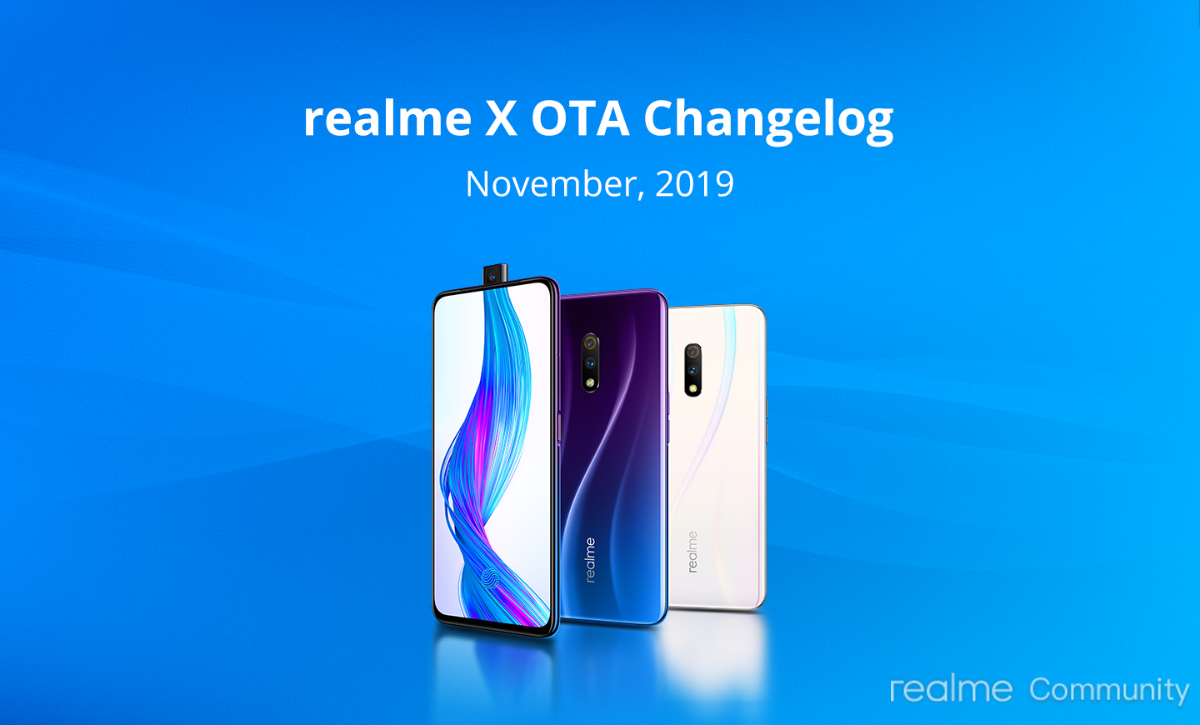 The official changelog reveals that the update added click the blank area to go back to the launcher on recent task interface. It also added dark mode toggle in the notification center.

After rolling out an update with October Security Patch last month, Realme has now again rolled out a new update to its Realme X smartphone. The new update adds a dark mode quick switch toggle in the notification panel and brings multiple bug fixes as well.

The update comes with version number RMX1901EX_11_A.10 and it brings November 2019 security patch as well. The official changelog reveals that the update added click the blank area to go back to the launcher on recent task interface. It also added dark mode toggle in the notification center.

Moving on, the update adds flash on call feature. It fixes the readability of content of dialog of WhatsApp, while enabled the dark mode, fixes WeChat process been shut after dark mode enabled and fixes volume lower when playing music after the power saving mode turned off Dolby.

Apart from that, the new update also fixes touch not responding issue after exit game and fixes the issue of download sticker shows the network connection failed with data via VPN tools.

To recall, theRealme X comes in two variants– 4GB RAM + 128GB storage, and 8GB RAM + 128GB storage priced at Rs 16,999 and Rs 19,999 respectively. The smartphone runs on Android 9 Pie operating system based on ColorOS 6.0 UI and it is backed up by a 3765mAh battery which supports VOOC 3.0 Flash Charge technology. The Realme X features 6.53-inch notch-less AMOLED display that supports full HD+ of 1080 x 2340 pixels, an aspect ratio of 19.5:9 and Gorilla Glass 5 protection. The phone is powered by the Snapdragon 710 SoC that is paired with up to 8GB of RAM and 128GB of internal storage.