Realme took to Weibo to confirm that the device will have support for 65W fast charging.

Realme is going to release a new smartphone in China tomorrow which is to be called the Realme V15. The smartphone also goes by the name Realme Koi and is now confirmed to feature 65W fast charging.

The company’s VP, Xu Qi Chase took to Weibo to share a poster of the device that seems to confirm the 65W fast charging support. It was earlier reported to feature 50W fast charging but that has seemed to change now. 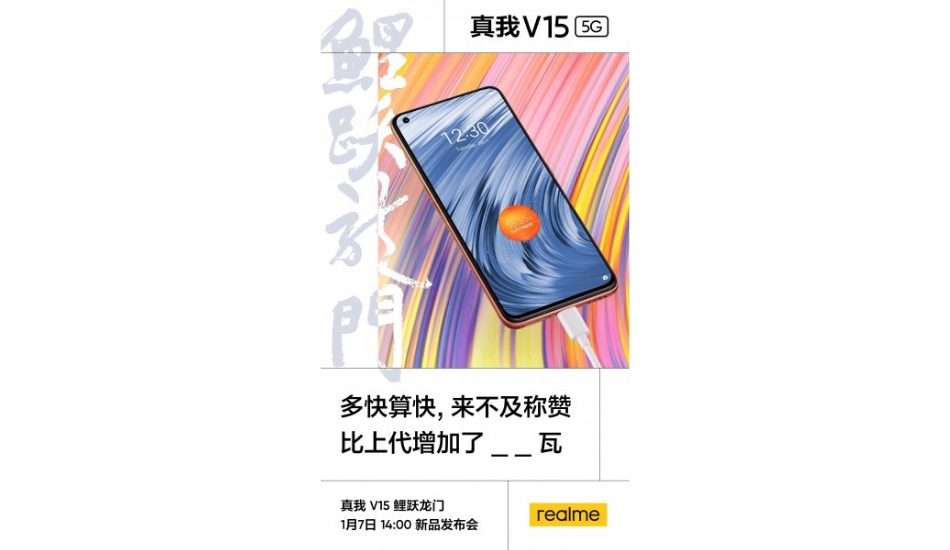 A tipster from China (Digital Chat Station) has also shared the live shot of the Realme V15 on Weibo in its Crescent Silver colour which shows a sleek and stylish form factor.

The rear of the device has curved edges and shows off the triple camera setup with the flash. On the bottom, we can see the speaker grill, Type-C port and the SIM tray. 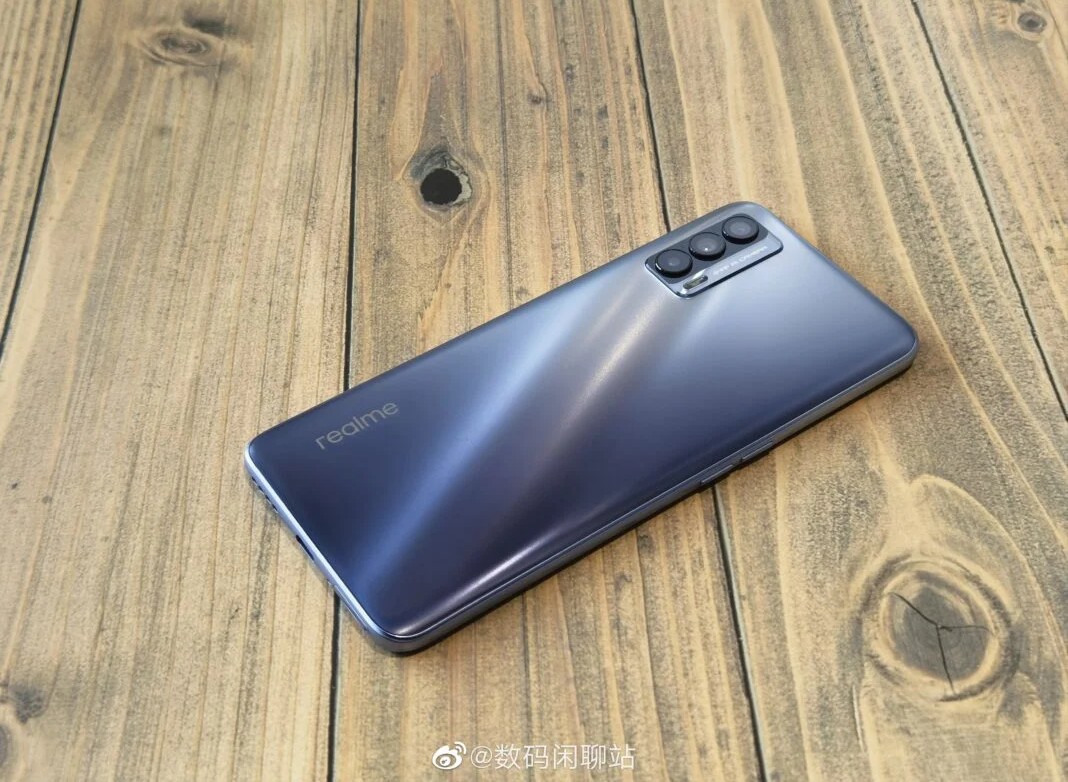 The company has already shared the posters of the device earlier on Weibo, revealing it from every angle. The Realme V15 will have a triple rear camera setup lined up vertically on the top left with an LED flash. The rear panel of the V15 seems to have a glossy finish. The phone is likely to come with an in-display fingerprint sensor.

The ‘Dare to Leap’ branding is on the right side of the back panel. The phone will come with a punch-hole camera cut out on the front located at the top left corner of the screen.

As per the specifications leaked by tipster Abhishek Yadav, Realme V15 will be powered by a MediaTek Dimensity 800U SoC, meaning there will be support for 5G. The phone will feature a triple camera setup with a 64-megapixel primary sensor. Other features such as battery capacity, screen size, etc are not known at the moment.

However, we won’t have to wait any longer as the launch event for the device will take place tomorrow at 2PM local time (11:30AM IST) in China. There’s no information regarding the availability of the device in other regions.