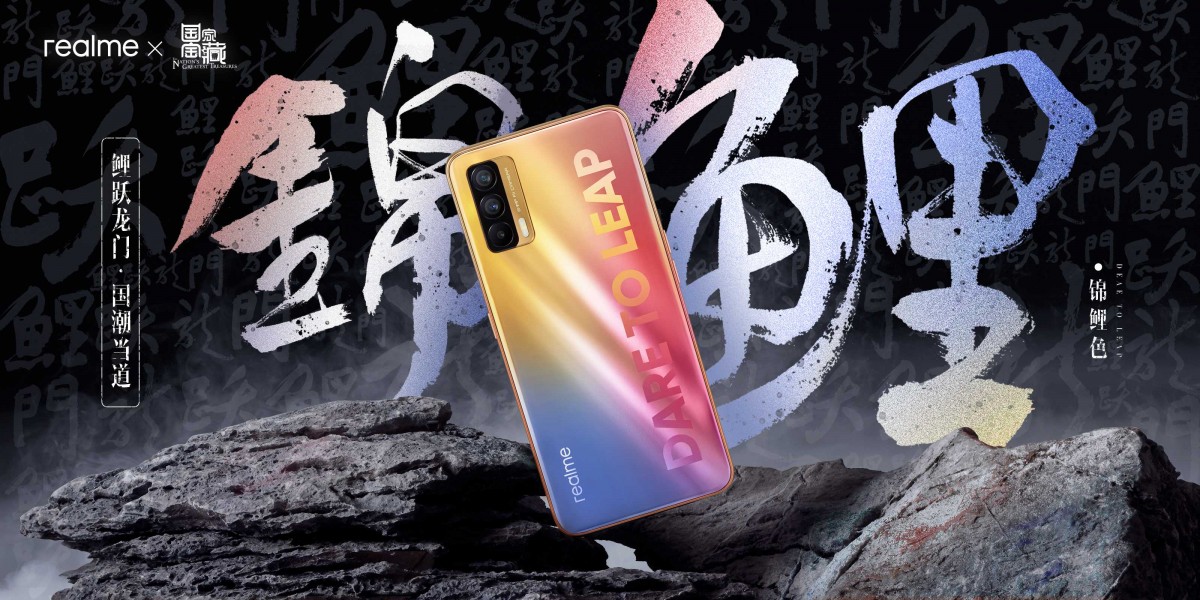 Realme V15 will be powered by a MediaTek Dimensity 800U SoC, meaning there will be support for 5G.

Realme is gearing up to launch Realme V15, aka the Realme Koi, in China on January 7. the launch date has been announced by Chinese microblogging website Weibo.

The posters shared by Xu Qi, President of Realme China, has shown off both the front and back of the Realme V15. The phone will be launched at 2 pm local time (11:30 am IST) in China.

Realme V15 will have a triple rear camera setup lined up vertically on the top left with an LED flash. The rear panel of the V15 seems to have a glossy finish. The phone is likely to come with an in-display fingerprint sensor.

The ‘Dare to Leap’ branding is on the right side of the back panel. The phone will come with a punch-hole camera cut out on the front located at the top left corner of the screen.

As per the specifications leaked by tipster Abhishek Yadav, Realme V15 will be powered by a MediaTek Dimensity 800U SoC, meaning there will be support for 5G. The phone will feature a triple camera setup with a 64-megapixel primary sensor.

Realme V15 is said to come with a 50W fast charger. The phone will weigh 176 grams. The other details like display size, battery capacity, and the details of the remaining cameras are yet unknown.

Realme had introduced V series in August last year with the launch of Realme V5. The Realme V15 will be the third smartphone in the series after the V3 and V5 5G smartphones.

To recall,Realme V5 comes with a 6.5-inch Full HD+ display with a screen resolution of 2400 x 1080 pixels. The phone has a side fingerprint scanner.The smartphone is powered by the 2GHz MediaTek Dimensity 720 octa-core processor paired with up to 8GB RAM and 128GB.