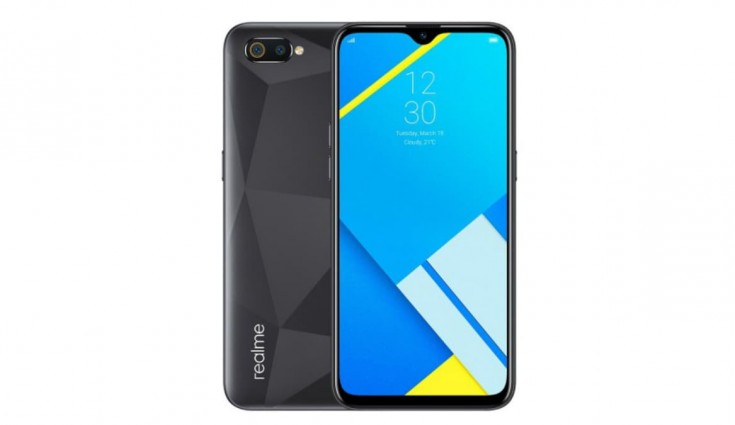 The company has announced that it will provide a 2-year warranty on its budget-centric smartphone, the Realme C2. 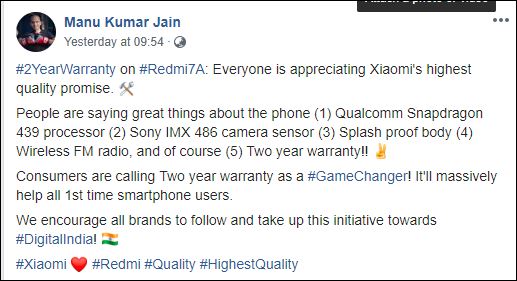 Realme CEO Madhav Sheth revealed this information on his official Twitter handle. He said that the company is celebrating 1 million users of Realme C2 and with this, it is offering some offers from July 10 to July 12. He has revealed that the Realme C2 will come with 2 years of warranty, which is sadly a blunt copy of its competitor, Xiaomi. The company announced during the launch of Redmi 7A that it will give 2 years of warranty on the latest budget-centric smartphone.

Moving on, Madhav Sheth has also revealed that Realme C2 will be available for open sale. Furthermore, he announced a price cut on the Realme 3 Pro smartphone as well. With the latest price cut, the smartphone will be for Rs 13,499 for the 4GB RAM + 64GB of internal storage variant, that was earlier priced at Rs 13,999, thus, reflecting a price cut of Rs 500. The 6GB RAM + 64GB variant got a price cut of Rs 1,000 and it is available for Rs 14,999. However, it is important to note that the price cut is for a limited time only.

This is not the first time Realme is going after Xiaomi. Previously, at the launch of Redmi 7A, Realme CEO took a job on the latest budget-centric smartphone. Madhav compared the full specs comparison of both the smartphones and he further added that Xiaomi is using ‘two years old display’, while Realme is giving its users the dewdrop display.

To give you a brief, Realme C2 comes with a starting price of Rs 5,999. The smartphone features a 6.1-inch HD+ dewdrop notch display with a screen resolution of 1520 x 720 pixels and Corning Gorilla Glass 3 protection. It is backed by a dual-camera setup with a combination of 13-megapixel primary lens along with a 2-megapixel shooter. The smartphone is powered by a 2.0GHz octa-core MediaTek Helio P22 processor.