Realme smartphone with Snapdragon 855 Plus in works

Apart from Realme, some other brands like Black Shark, nubia Red Magic, Vivo NEX, and Vivo iQOO are also likely to launch Snapdragon 855 Plus smartphone.

Just hours ago, Qualcomm announced its latest flagship processor, the Snapdragon 855 Plus. Now, seems like Realme has already started working on its next smartphone with the new chipset. 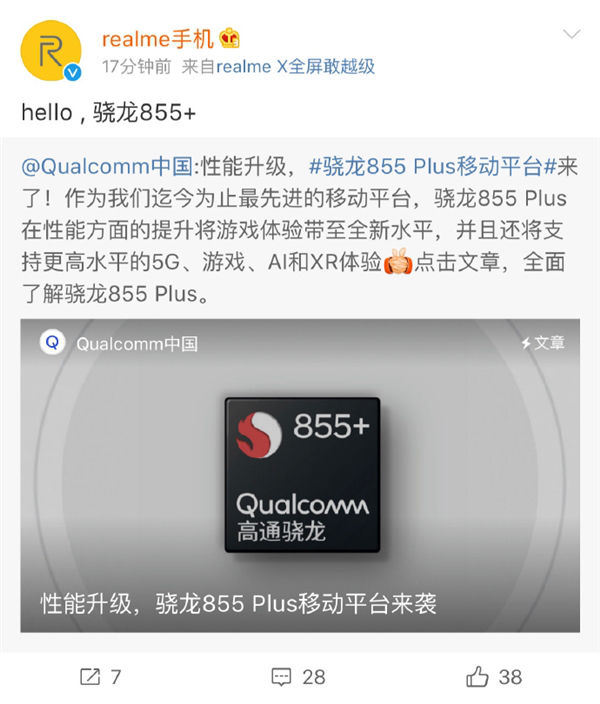 Apart from Realme, some other brands like Xiaomi, Black Shark, nubia Red Magic, Vivo NEX, and Vivo iQOO have also posted on Weibo suggesting that they will also launch their Snapdragon 855 Plus phones in future as well.

Meanwhile, Asus has already confirmed that its upcoming ROG Phone 2 will be powered by the Snapdragon 855 Plus chipset. The gaming smartphone will go official on July 23 in China.