Realme will be launching several IoT products in India on October 7. Just yesterday, Realme confirmed to launch its first home security camera the same day, now the company has also announced to launch a new electric toothbrush, 20000mAh power bank, and soundbar as well at the event tomorrow.

The company has also teased the launch of the Realme 100W Soundbar. It will come with four speakers and a subwoofer. We will come to know the features and pricing of this five speaker audio system tomorrow. The Realme Smart TV SLED 4G (55-inch) will also be launched during the event. 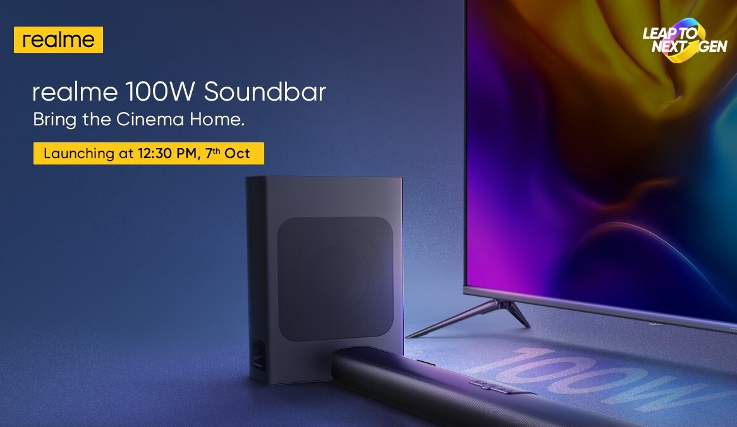 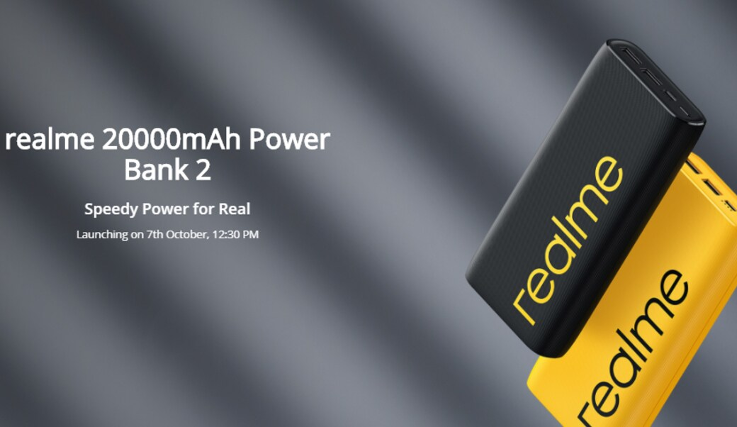 Realme Smart Cam 360 is said to support 1080p full-HD video recording with features like wide dynamic range and 3D noise cancellation algorithm to improve image quality. The smart camera will have a mechanical gimbal that achieves 360-degree panoramic vision. It is said to feature an infrared Night Vision Mode that is automatically enabled in the night. The camera has features like AI motion detection, real-time alert, and two-way voice talk enabling remote calls. It also has a physical cover for privacy.