Realme GT Neo 3T is said to launch in India soon. It is expected to house a 6.5-inch display and an in-screen fingerprint reader. 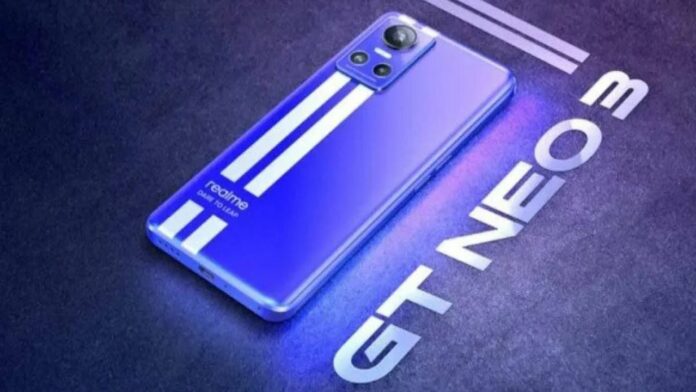 Tipster Mukul Sharma has spotted the Realme GT Neo 3T on the NBTC and BIS certification websites with the RMX3371 model number. The listings suggests that the handset imminent launch in India.

In addition, the upcoming Realme phone with model number RMX3371 has been spotted on Geekbench benchmarking platform, revealing key specs.

As per the Geekbench listing, the upcoming Realme smartphone will be powered by a Snapdragon 870 chipset. The listing suggests that the processor has a maximum clock speed of 3.19GHz. Further, the chipset will be coupled with 8GB of RAM. However, we can expect the device to launch in other variants as well.

For the software, the phone runs the latest Android 12 operating system out of the box. Besides, in the single-core and multi-core tests of Geekbench, the phone has scored 1003 and 2607 points, respectively. The Geekbench listing was first spotted by MySmartPrice.

The phone is expected to house a 6.5-inch display and an in-screen fingerprint reader. The details regarding the device’s display are unclear as of now. On the rear, it may get a 50MP triple camera setup with an LED flash. On the front, it could get a 16MP selfie shooter.

Additionally, the handset is likely to boot Android 12 out of the box. The details regarding the battery specifications are unclear as of now. The rest of the details are also currently unknown.