Realme GT Neo 2 Android 12 update has now been rolled out. The phone was launched last year with Android 11 software out of the box. 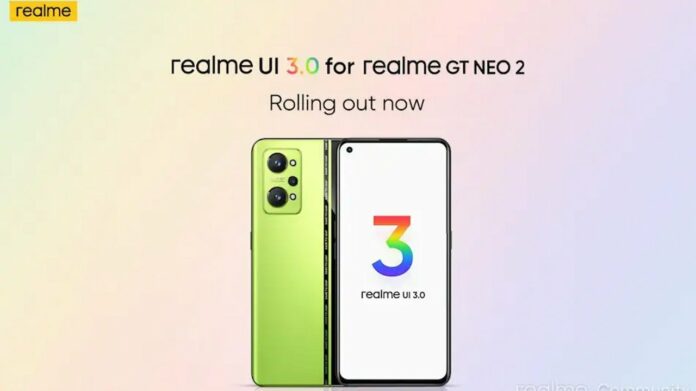 Realme GT Neo 2 is getting a stable version of the Android 12-based Realme UI 3.0 update in India. The brand launched the phone last year in India in October with Android 11-based Realme UI 2.0.

Further, the update adds a chart to display your battery usage. It also improves the responsiveness of turning on or off Wi-Fi, Bluetooth, Airplane mode, and NFC.

There’s also a 5,000mAh battery with support for 65W ultra-fast flash charging that offers 0 to 100% charge in 36 minutes. It includes a in-display fingerprint scanner for security. The phone also has face recognition as well.