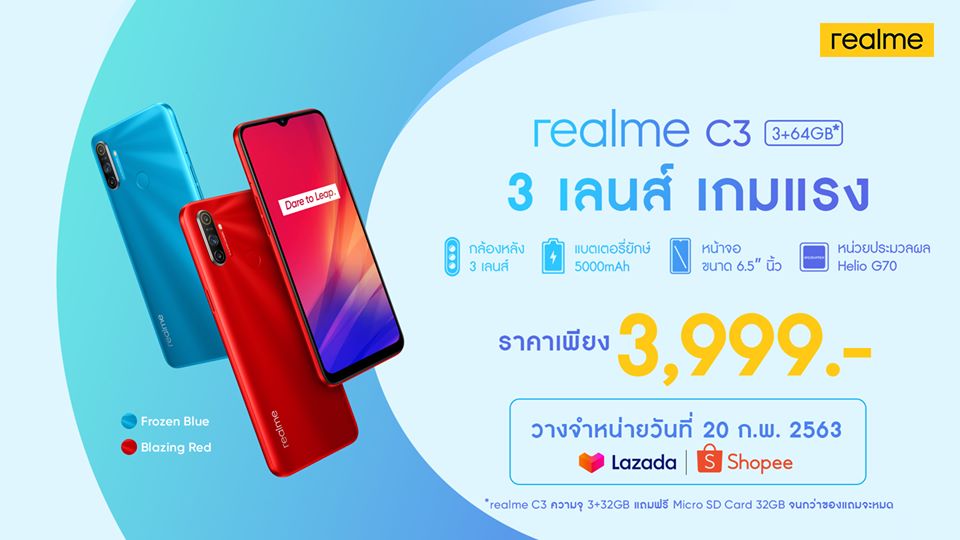 Realme C3 was launched in India earlier this month. Now the company has launched a new version of the C3 in Thailand, which comes with triple cameras at the back instead of dual cameras in India.

The Realme C3 Thailand variant features a triple-camera setup with a 12 megapixels primary sensor, 2 megapixels depth sensor, as well as a 2 megapixels macro camera. The water drop-notch at the front houses a 5 megapixels selfie camera.

The Indian version of the Realme C3 features a dual-camera setup on the back, comprising 12-megapixel primary lens with PDAF support, f/1.8 aperture along with a 2-megapixel depth sensor with f/2.4 aperture.

Realme C3 features a 6.5-inch HD+ display with a screen resolution of 1600 x 720 pixels. The phone is powered by MediaTek Helio G70 processor. It is loaded with a 5,000mAh battery, which comes with 10W fast charging support. The phone runs on Android 10 with Realme UI running on top of it.