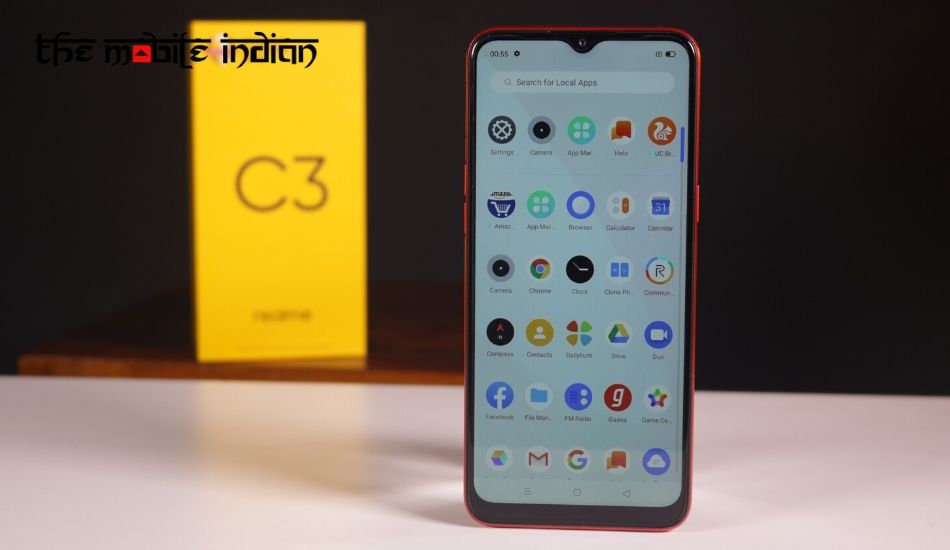 Realme C3 new update fixes the stuck issue in some scenes during the PUBG and the issue of sliding stuck on Facebook.

Realme has started rolling out a new update to its Realme C3 smartphone in India. The update brings bug fixes along with performance enhancements and more.

Realme is rolling RMX2020_11_A.21 update to C3 and it weighs only 211MB is size. The update brings the latest April 2020 security patch and some optimizations for the cameras. 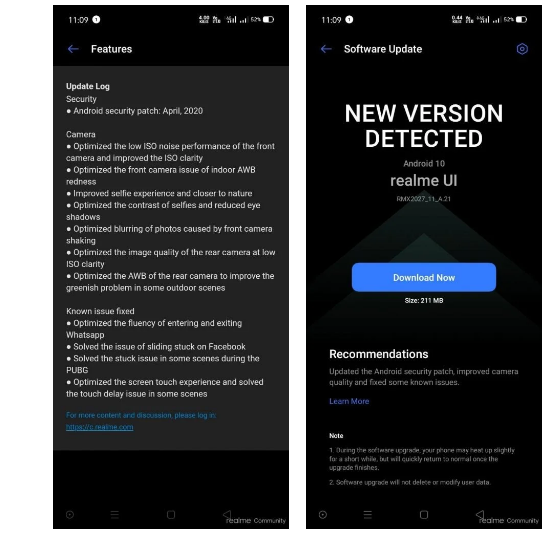 The update is a Stable update rolled out to all users. It also fixes the stuck issue in some scenes during the PUBG and the issue of sliding stuck on Facebook. Apart from this, the update also optimises the low ISO noise performance of the front camera and improved the ISO clarity and the front camera issue of indoor AWB redness.

● Optimized the contrast of selfies and reduced eye shadows

● The optimized blurring of photos caused by front camera shaking

● Optimized the fluency of entering and exiting Whatsapp

● Solved the stuck issue in some scenes during the PUBG

Realme C3 was launched in India earlier this year. As far as the specifications are concerned, the Realme C3 sports a 6.5-inch HD+ display with a 720 x 1600 pixel resolution. The device measures 164.4 x 75.0 x 8.95 mm and weighs in at 195 grams. It is equipped with a MediaTek Helio G70 chipset, which is coupled with 3GB/4GB of RAM and 32GB/64GB of onboard storage. There is no fingerprint sensor in the phone, but it supports AI face unlock.