Realme 8 Android 12 Android 12 update has now been rolled out. The phone was launched last year with Android 11 software out of the box. 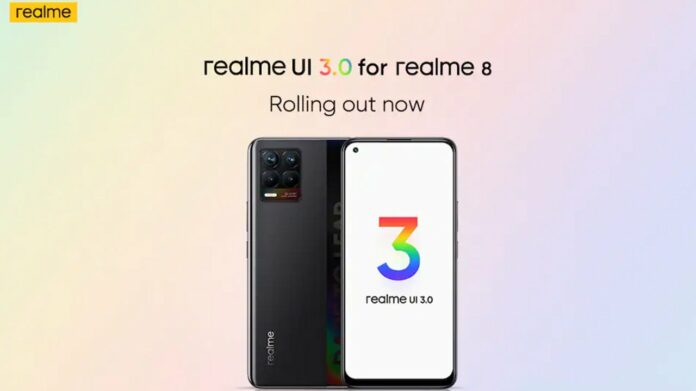 Further, the update adds a chart to display your battery usage. It also improves the responsiveness of turning on or off Wi-Fi, Bluetooth, Airplane mode, and NFC.

Realme 8 features 6.4-inch Super AMOLED display with a Full HD+ resolution. The phone is powered by MediaTek Helio G95 SoC with up to 8GB of RAM options and 128GB of internal storage.

In terms of imaging, the Realme 8 features a quad-camera setup that consists of a 64MP primary camera sensor, an 8MP ultrawide lens, 2 MP macro lens, and a 2MP monochrome sensor. Besides, it packs a 5000 mAh battery that has 30W fast charging support.