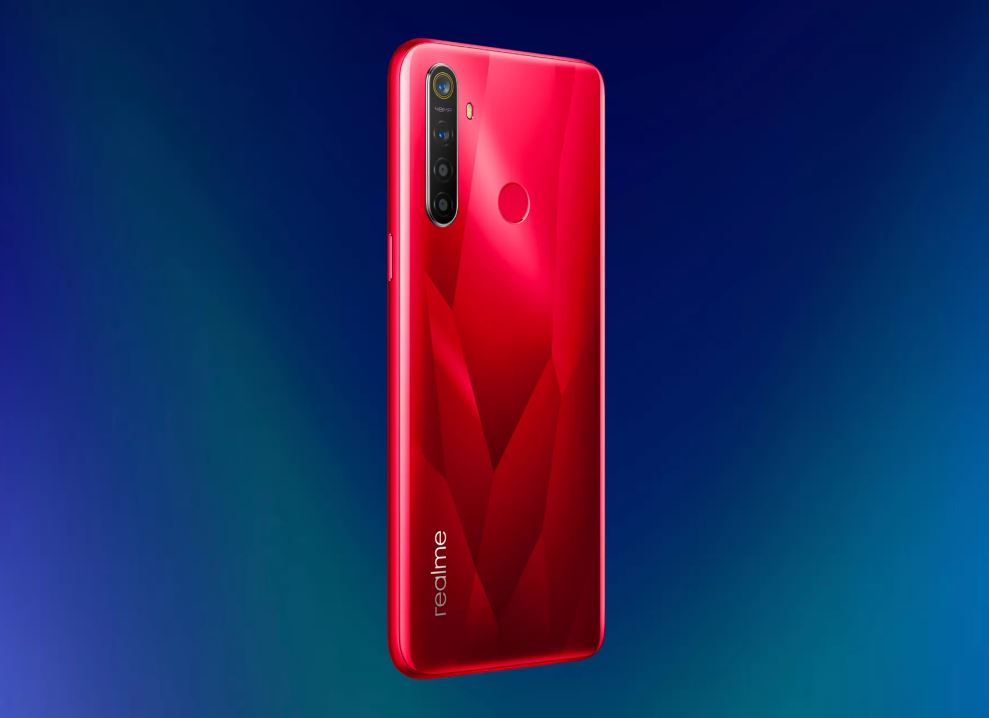 Realme 5s will be powered by Qualcomm Snapdragon 665 processor coupled with 4GB of RAM.

Realme will be launching Realme 5s in India on November 20. Now just ahead of its formal launch tomorrow, the Realme 5s has surfaced on GeekBench. The model number featured on the Geekbench site is the Realme RMX1925.

According to the GeekBench listing,Realme 5s will be powered by Qualcomm Snapdragon 665 processor coupled with 4GB of RAM. In addition, the listing also shows that the Realme 5s will run on Android 9 Pie operating system out-of-the-box. The Realme phone has received a single-core score of 314, while its multi-core score comes at 1386, as per the Geekbench listing. 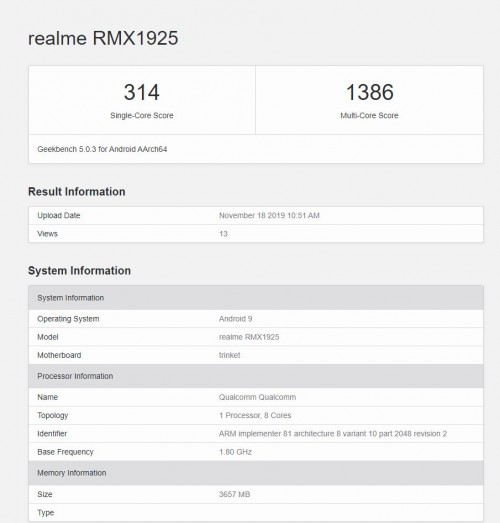 A Flipkart teaser has already confirmed that Realme 5s will be powered by the Snapdragon 665 SoC. The other phones with the same Snapdragon 665 chipset include the Oppo A9 2020, Xiaomi Mi A3, Oppo A11, Redmi Note 8, Moto G8 Plus and more.

Realme 5s will sport a waterdrop-style notch and a slight chin at the bottom of the display.The right side of the phone will have a power button whereas the volume rocker seems to lie at its left side. The phone will be equipped with a 6.51-inch high-definition display. Realme 5s will be featuring5,000mAh battery.

Realme 5s will feature quad rear camera set up at the back with the diamond-like pattern. The phone will be equipped with a 48-megapixel primary sensor with LED flash. The back of the phone will also feature a fingerprint sensor. The Realme 5s will come in Crystal Red, Crystal Blue and Crystal Purple colour options.