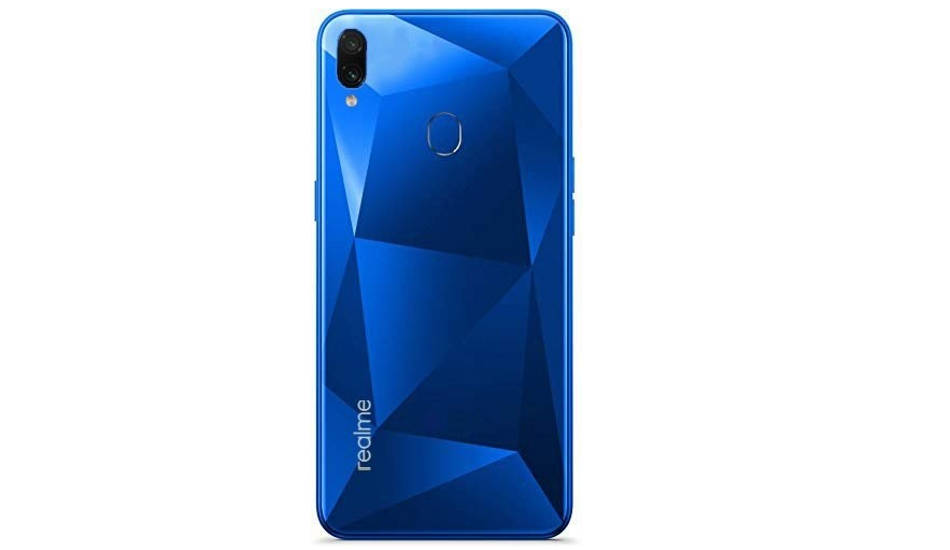 A video has surfaced online and it shows the retail box of the Realme 4.

Realme 3 was launched in March this year at a starting price of Rs 8,999. Now seems like the company has already started working on its successor which is dubbed as Realme 4.

A video has surfaced online and it shows the retail box of the Realme 4. As per the 10-second video which was uploaded on YouTube channel by the name “Angry Agrawalji”, the phone will come in a black box with “Realme” and “4” written in a gold/yellow font. The video, however, does not reveal any specs of the phone.

Additionally, an alleged render of the Realme 4 has also surfaced on Twitter by a user “@gaurav75677859”, but we can not verify the authenticity of this image as the phone looks similar to the Realme 2. It just shows the phone with dual rear cameras which are aligned arranged vertically with LED flash. Additionally, there is a rear-mounted fingerprint scanner as well at the back, and the same diamond-back design which we have seen in Realme C2. In the render, the alleged Realme 4 appears in blue colour.

To recap, Realme 3 features a 6.2-inch HD+ display with a screen resolution of 1520 x 720 pixels and an aspect ratio of 19:9. The Realme 3 is powered by a MediaTek Helio P70 2.1GHz octa-core processor and Mali G72 GPU coupled with 3GB/4GB of RAM and 32GB/64GB of internal storage. It has a dual-camera setup at the rear panel with a combination of 13-megapixel primary sensor with an f/1.8 aperture and a 2-megapixel secondary sens. For the front, there is a 13-megapixel sensor. Realme 3 is backed by a 4230mAh battery and it runs on Android 9.0 Pie, which is based on ColorOS 6.0.