Realme 3 Pro Android 11 Update early access program has now begun. This will be the last major upgrade for the Realme 3 Pro. 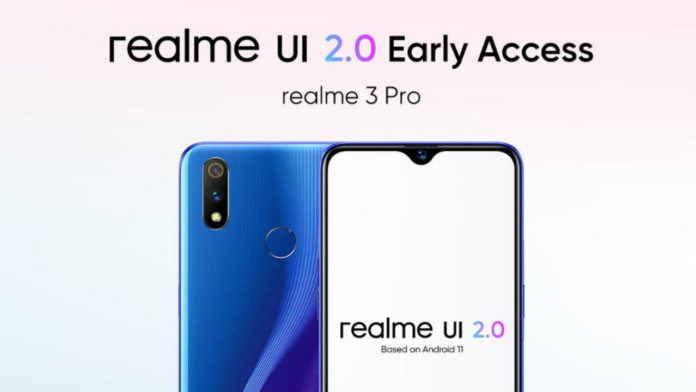 Realme launched the Realme 3 Pro back in 2019. The device was launched with Android 9 Pie, and Realme seems to be sticking to its promise of 2 years of major OS upgrades for its smartphones. In addition, the brand has started the Realme 3 Pro Android 11 early access program.

The Realme UI 2.0 early access program for Realme 3 Pro goes live after almost a year since the update was introduced.

To participate in the program, users should first have the version RMX1851EX_11_C.17 installed on their devices. Then they can head over to Settings > Software Update > Gear Icon > Trial Version > Apply Now and follow the on-screen instructions.

The applicants who will be selected will get the update via an OTA. Keeping in mind this will be a beta build; one can expect a fair amount of bugs. If the experience is unsatisfactory for a user, they can roll back to Android 10, but this will wipe all the data on the device.

As mentioned above, the two-year major upgrade policy for the Realme 3 Pro will come to an end once the stable Android 11 Update rolls out for the device. There’s no information on when Realme will roll out the stable update. Considering the track record, it should come out a month after the beta has been released.

Realme also updated its Realme X3 and the X3 Zoom recently. The devices received Realme UI 2.0 Open Beta releases back in April, and the stable update was rolled out in late May. In other related news, the brand plans to launch its first DIZO products today in India. The products are to be sold through Flipkart. Some other products to be launched today include a hairdryer, a beard trimmer, and Realme Buds 2 Neo.