Realme has released a poster announcing that it will announce its super-flash charge technology on Thursday.

Realme has today announced that it will be announcing its 125W fast charging technology on July 16.

On a Weibo post, Realme has released a poster announcing that it will announce its super-flash charge technology on Thursday.

The Vice President of Realme China, Xu Qi has also released a poster on Weibo which has ‘1111101’ binary number. The number calculates to 125 when it is converted to decimal. 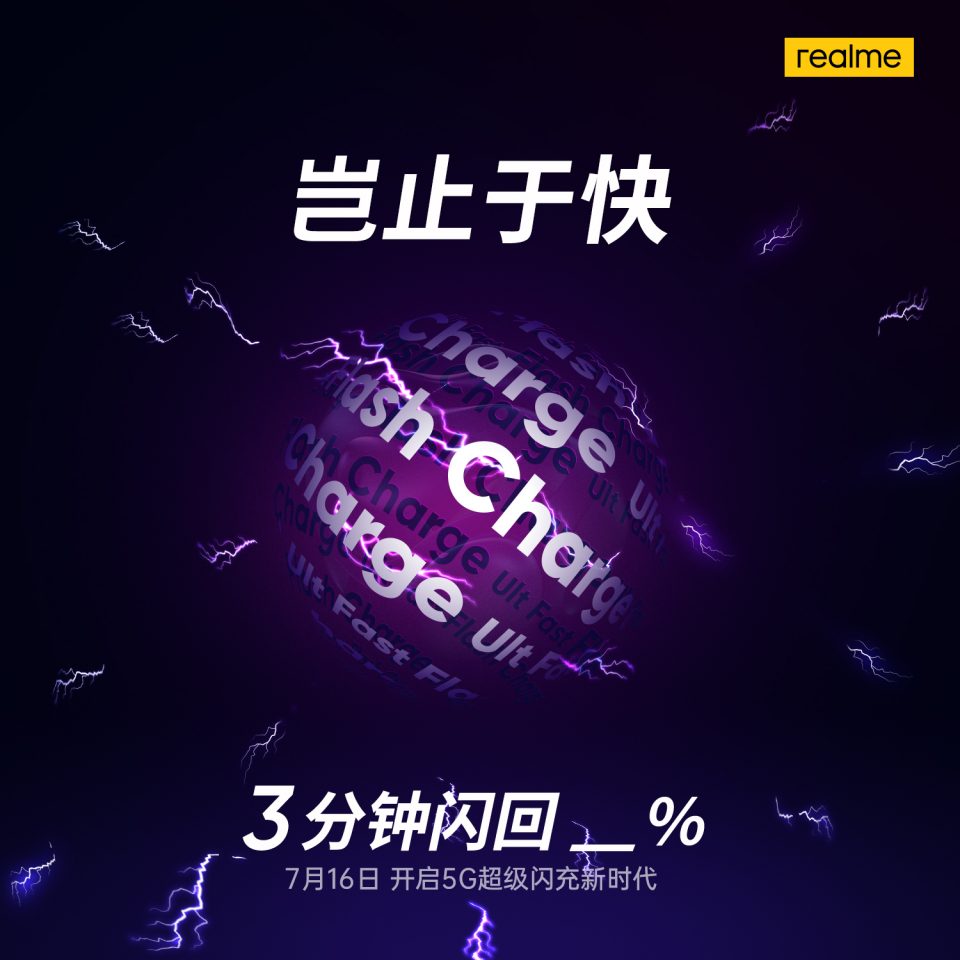 Recently, tipster Ishan Agarwal had claimed that Realme will announce its 100W+ Ultra Dart technology this month. As per the tipster, the charging tech can charge one-third of a 4,000mAh battery in just 3 minutes.