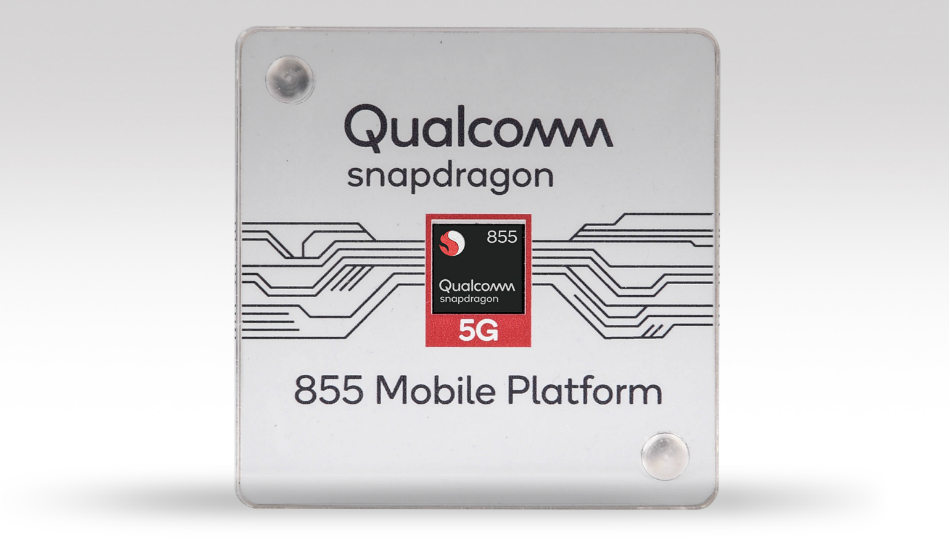 At its Snapdragon Technology Summit in Hawaii, Qualcomm has unveiled the Snapdragon 855 Mobile Platform – the first 5G mobile platform that will be available commercially. The latest chip will not just be a spec bump over its predecessor but will also power the first generation of 5G phones with the X50 modem and QTM052 mmWave antenna.

The announcement has been expected since Qualcomm unveiled its flagship Snapdragon 845 chip at the same event precisely a year. The Snapdragon 855 will be based on a 7nm manufacturing process, down from the 10nm architecture in the SND 845 and SND 845 models. A smaller circuit means better performance and battery life. In many ways, the Snapdragon 855 has been brought to compete against Apple’s A12 Bionic chipset which is also based on a 7nm process though Qualcomm mentioned the chipset’s competition as “other 7nm based chipsets”.

The Snapdragon 855 as the company says will be the first commercially made 5G mobile platform and will feature a sub-6 GHz and mmWave support through the Snapdragon X50 5G modem, Qualcomm QTM052 mmWave antenna modules, an RF front-end, RF transceiver and other antenna elements. Considering 5G will initially be a scarce and a more elite network, it was best suited that Qualcomm rolled out 5G support for its flagship chip.

Qualcomm says the Snapdragon 855 will feature the 4th generation on-device AI engine which will deliver up to 3 times the AI performance in contrast to its predecessor. The chipset will render support for a 3D sonic sensor which will offer a new type of authentication and will be the world’s first technology to do so. 3D Sonic Sensor will allow detection of fingerprints even through various contaminants and can be installed under a display as well.

In terms of optics, the Snapdragon chip will also come with support for 4K HDR videography. It will additionally feature the world’s first Computer Vision image signal processor which will render support for computational photography and video recording.

We’ll learn more about the Snapdragon 855 as the Snapdragon Technology Summit continues in Hawaii. The Qualcomm Snapdragon 855 will be expected to be made available early next year with the Samsung Galaxy S10 line to get the first-hand experience of the chipset followed by the LG G8 and Moto Z4 later.