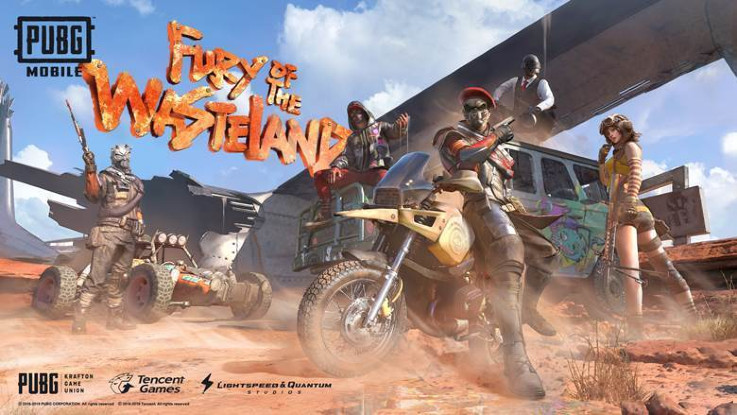 PUBG Mobile has announced that Season 10 update is coming to its popular battle royale game along with new TDM map, a falcon and more. The company has revealed that it will roll out PUBG Mobile 0.15.5 update to its users starting from November 08, 2019.

The biggest highlight of the update is the new Season 10 Royal Pass. This time the theme of the new season is ‘The Fury of the Wasteland’ and the company has revealed that it will bring new weapons, vehicles and new skins as the all-new Royale Pass Season 10 begins. Interestingly, the server will not be taken offline for this update. This update requires approximately 0.21 GB of storage space on Android and 0.24 GB of storage space on iOS.

Furthermore, the company has added a new map to the Team Deathmatch mode. This map is set in a rainforest with dense vegetation and a maze of paths. In this modes, users will respawn at random coordinates, which will further intensify the battles and it will come with a shorter gameplay time as compared to the standard TDM time.

The update also brings new weapon and vehicles exclusive to Vikendi map. These include MP5K portable SMG featuring a rate-of-fire at 900 RPM and anti-recoil capabilities. Then there is a new vehicle Zima, which will be easier to drive on snowy terrain and the company claims that it will not be damaged easily.

The update will also bring back The Falcon companion, which was there in earlier Seasons as well. The update also adds new character Sara that can use her “Vehicle Enhancement” ability in certain mode in EvoGround to reduce damage taken by vehicles while she is driving or riding. The brand claims that the new character will be added soon.

Apart from this, here are features of the 0.15.5 version for PUBG Mobile: