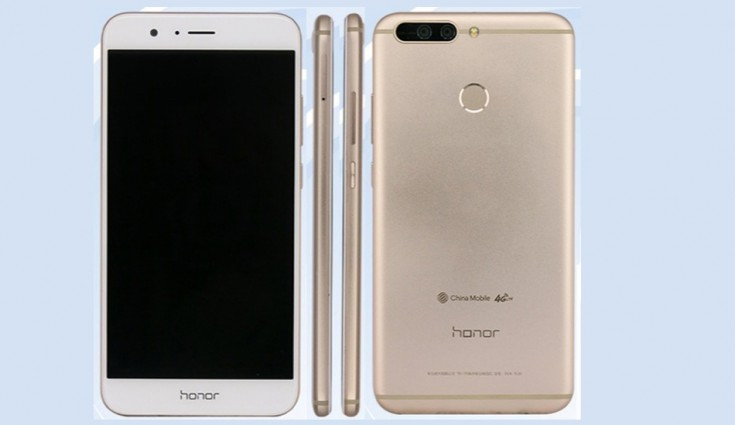 Earlier, the smartphone was spotted on TENNA, a Chinese certification website.

Last month, a Honor smartphone with model name ‘DUK-TL30’ had been spottedon TENNA, a Chinese certification website, which was earlier touted as Honor 9. Now a new leak suggests that the said smartphone would be dubbed as Honor V9. Further, a new leak revealed a couple of new specifications, alongside expected pricing and image of Honor V9 smartphone. 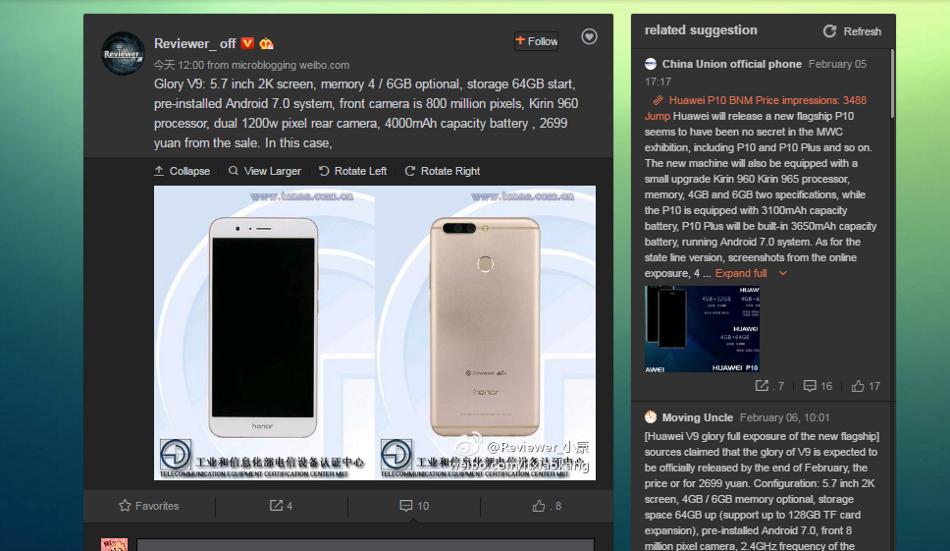 As per leak, the alleged Honor V9 will be priced at Yuan 2699, which is approximately Rs 26,436 and expected to be released at the end of this month. Moreover, the leaked specifications are more or less in line with the earlier TENNA listing. However, a new leak revealed that the smartphone will have two variant- 4GB RAM with 64GB internal storage and other with 6GB RAM with 128GB of internal storage.

As far as other expected specifications are concerned, the DUK-TL30 aka Honor V9 said to feature a 5.7-inch QHD display with a resolution of 2560 x 1440 pixel and will be powered by a 2.4GHz Kirin 960 octa-core processor, along with Mali M71 GPU. The smartphone will also have an option to expand the storage up-to128GB via microSD card.

Further, the smartphone is will have the dual-camera module at the rear panel, which will come with a combination of 12-megapixel and 2-megapixel sensors. On the front, the smartphone is said to have an 8-megapixel shooter for selfies and video chats. The fingerprint sensor also sits at the back. The device will be juiced by a 3900/4000mAh battery and will run on Android 7.0 Nougat operating system. The smartphone measures 157 × 77.5 × 6.97mm and weighs 184 grams.