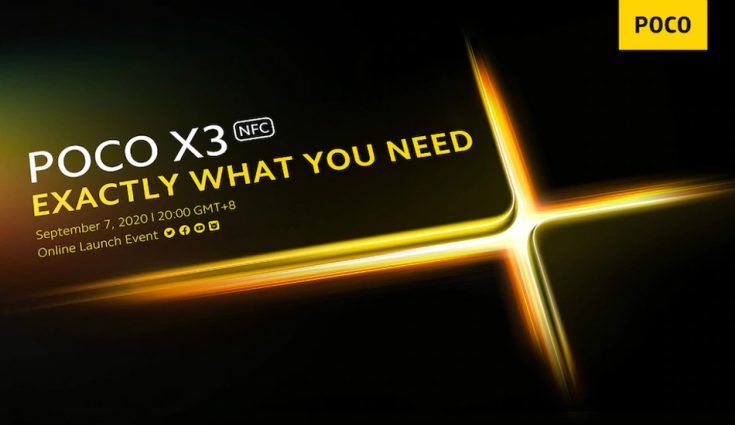 Ahead of the official launch, key details about the upcoming smartphone have been leaked online.

Poco is gearing up to launch its next-generation of the smartphone, the Poco X3 NFC on September 7. Now ahead of the official launch, key details about the upcoming smartphone have been leaked online.

Furthermore, the Poco X3 NFC smartphone has appeared on a hands-on video by a Spanish YouTube channel known as Tecivideos TV. Additionally, tipster Abhishek Yadav has posted the detailed specifications of the Poco X3 NFC, which is translated from the Spanish video.

The phone will come equipped with NFC for contactless payment and it will also feature an infrared sensor. The Poco X3 NFC will be loaded with 6.67-inch Full HD+ IPS display with Corning Gorilla Glass 5 protection and 120Hz refresh rate.

The phone will run on Android 10 with MIUI 12.0.1 running on top of it. In terms of cameras, the phone will be loaded with a quad-camera setup with a combination of 64-megapixel primary lens with f/1.79 aperture, 8-megapixel wide-angle lens, 2-megapixel depth sensor and 5-megapixel macro lens. The phone will come with one speaker and it will feature 5160mAh battery with 33W fast charging support.

Share
Facebook
Twitter
WhatsApp
ReddIt
Previous articleRedmi 9A will go on sale for the first time today via Amazon, Mi.com
Next articlePoco M2 teased to be the most affordable 6GB RAM smartphone
RELATED STORIES