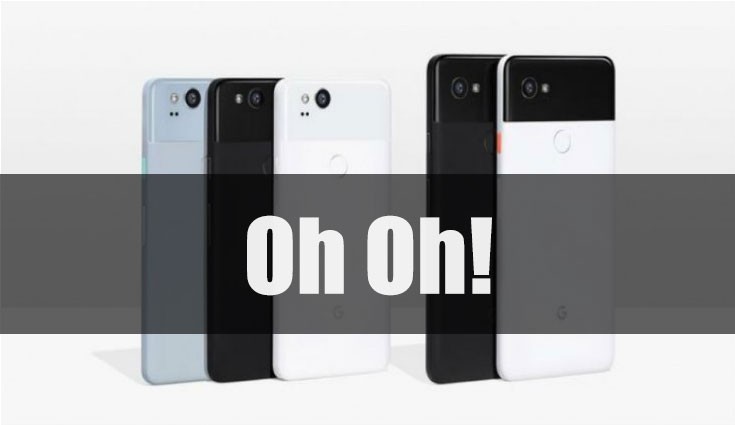 Several, users are reporting that their units are having burn-in issues with the new P-OLED display and some devices are making clicking and high pitch frequency sounds.

It seems that Google Pixel 2 devices have encountered yet another problem, but this time it is only with the Pixel 2 XL. The device is having disappointing issues with the display and sound. Several, users are reporting that their units are having burn-in issues with the new P-OLED display and other devices are making clicking and high pitch frequency sounds.

Screen burn-in happens when a ghost image from the previous application canbe seen or the image of the home screen is visible in the background after launching an application. According to the report of Android Central, users were able to get a clear look of navigation bar by viewing a grey image on the screen. Users were also able to see the portions of pixels where the back, home, and recent buttons go.

Other than this, many users have reported their Pixel 2 XL units are making clicking and high pitch frequency sound. One of the users even noted on the forum “Whenever the phone is unlocked, I can hear a constant ticking (like the second hand of a watch) if the phone is against my ear. Doesn’t happen when the screen is off, or when the screen is on but the phone is locked.” Further, another user mention that he has purchased two Pixel 2 phones and both have the high-frequency noise but only one has the clicking.

Responding to the complaints, a Google spokesperson said, “The demand for Pixel 2 and Pixel 2 XL has exceeded our expectations, and we’re thrilled with the positive reaction to our new phones, both from the reviewers who have tried and tested our devices thoroughly and from consumers who are switching to Pixel. We take all reports of issues very seriously, and our engineers investigate quickly. We will provide updates as soon as we have conclusive data.”

The Pixel Visual Core is an eight-core chipset used to enhance the camera quality of the phone. Google claims that the chipset can process HDR+ 5x faster using less than 1/10th the energy compared to traditional application processing.