Here is a list of smartphones available under Rs 10,000 but offer full high definition resolution based display.

Few years back, expecting full HD display resolution on phones priced below Rs 10,000 was impossible to even imagine. Things have now changed a lot. Along with powerful processors, affordable handsets are now being equipped with better resolutions too. 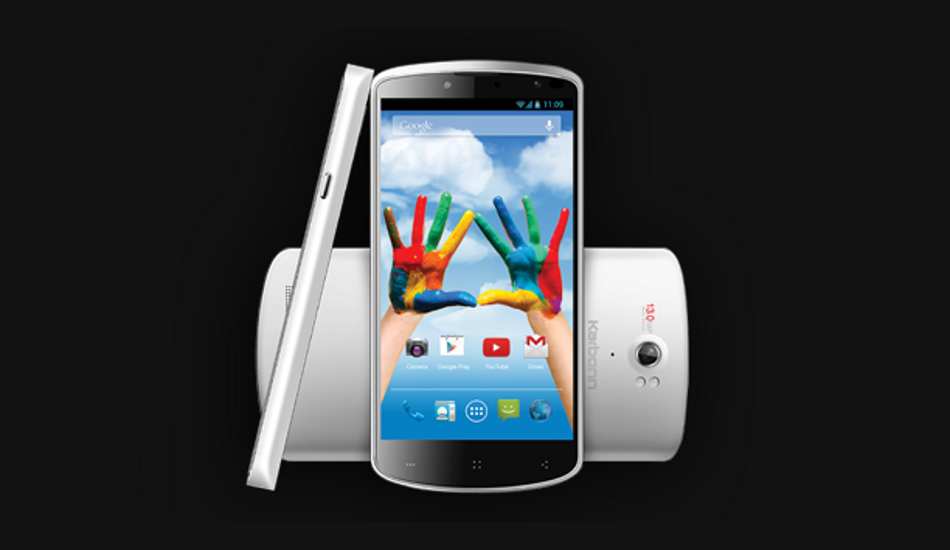 However, sorting out phones with full HD resolution is quite a painful task considering the number of phones and confusing listing on e-commerce sites. So to ease the task for you, we have here listed all the phones, available for less than Rs 10,000, and with full high definition (1080p) resolution.

The Titanium X also offers a 1.5 GHz quad-core processor and 1 GB of RAM. For storage, the phone offers 16 GB in-built memory and an expandable storage slot capable of handling a micro SD card of up to 32 GB.

This Karbonn handset also offers a 13 megapixel rear camera with auto-focus, flash, geo-tagging, touch focus, smile detection, HDR, panorama, and video recording features. Its front 5 megapixel sensor looks great for selfies as well as video calls. The Karbonn Titanium X has a wide range of connectivity options, such as 3G, WiFi, GPS, and even NFC. The phone has a 2300 mAh battery, which claims to provide 6 hours of talk time, or 240 hours of standby.

The Micromax Canvas Turbo A250 has a 5 inch IPS display and 441 ppi pixel density. The phone has a quad-core processor clocked at 1.5 GHz and 2 GB of RAM. Besides, the Micromax Canvas Turbo offers 16 GB internal memory, 13 megapixel rear camera with BSI sensor, 5 megapixel front camera, dual SIM, 3G, GPS, WiFi, Bluetooth 4.0, and a 2000 mAh battery that claims to offer 7 hours of talk time or 105 hours of standby. However, it doesn’t have any micro SD card slot.

It too has a 5 inch full HD display with IPS technology. The Karbonn Titanium Octane Plus has a 1.7 GHz octa-core processor and has huge 2 GB of RAM. Other than that the Octane Plus offers 16 GB internal memory, 32 GB micro SD card slot, 16 megapixel primary camera, 8 megapixel front camera, dual-SIM, Bluetooth 4.0, 3G, GPS, WiFi, and even NFC. It has a 2000 mAh battery.

The 13 megapixel camera of the Karbonn Titanium S7 has a number of features, such as auto-focus, geo-tagging, flash, and video recording. In its front there is a 2 megapixel camera. This dual-SIM device comes equipped with 3G, WiFi, Bluetooth, GPS, etc. The 2000 mAh battery of S7 claims to offer up to 4 hours of talk time or 200 hours of talk time.

Like all the other phones in this story, the Zen Ultrafone Amaze 701 FHD too has a 5 inch IPS full HD display. It is armed with a 1.5 GHz quad-core processor, 1 GB of RAM, 16 GB internal memory, and a 64 GB micro SD card slot.

The Zen Ultrafone Amaze 701 FHD has a 13 megapixel camera with BSI sensor and auto-focus, flash, video recording features. It has a huge 8 megapixel front camera. The dual-SIM phone can support 3G, WiFi, Bluetooth, GPS, etc. The 2050 mAh battery is of average size, and might require a charge in the middle of the day, even for moderate users.

In the front camera, the phone boasts a 2 megapixel shooter. The Karbonn Titanium S6 is a dual-SIM phone with 3G, Bluetooth, WiFi, GPS, etc. The 2000 mAh battery should be enough for 5 hours of talk time or 250 hours of standby.

The Spice Stellar Mi 549 is the cheapest phone in this list, but surprisingly it has the largest screen. While all the others were 5 inch displays, the Spice Stellar Mi 549 has a 5.5 inch IPS HD display, and thus offers lowest pixel density (than other phones in this list) of 401 ppi. The Mi 549 has a 1.3 GHz quad-core processor that runs with the help of 1 GB of RAM. It has decent 8 GB of internal memory and a 32 GB expandable storage slot.

The Spice Stellar Mi 549 offers an 8 megapixel primary camera has backing of an LED flash and has a 2 megapixel secondary camera. The dual-SIM Spice Stellar Mi 549 has a number of connectivity options, such as 3G, WiFi, Bluetooth, GPS, etc. The battery of this phone is a 2200 mAh package, which is of a good size, and probably last an entire day with moderate usage.