The Toughpad FZ-N1 will initially be available as a WiFi model in March of 2016 for around $1,499.00 (approximately Rs 10,2899), while a voice model will be made available for purchase in summers. The data and voice model of Toughpad FZ-F1 will be launched in the second half of this year for around $1,599.00 (approximately Rs 10,9803). The devices come with 3-year warranty. 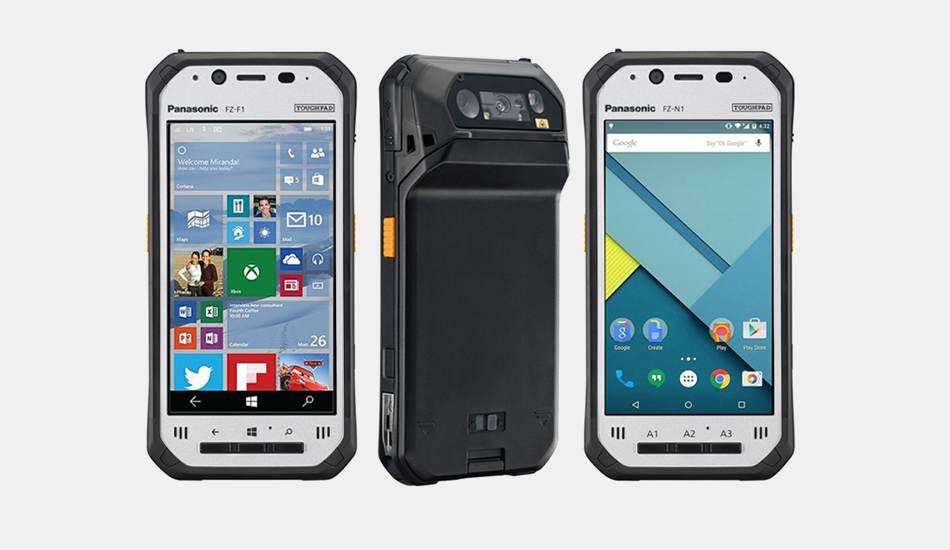 The Toughpad FZ-F1 and FZ-N1 houses an angled rear barcode reader that allows the user to scan items without bending at the elbow or wrist and also offers barcode reader activation buttons on either side making it easy for use by left- or right-handed users. Besides, the devices also offers a glove enabled touch screen, multi-touch, sunlight viewable display with a rain sensing mode that delivers accurate operation, even in inclement weather.

Further, company claims that Toughpad FZ-F1 and FZ-N1 have passed drop test of 6 feet and a torturous tumble test that saw the devices endure 2,000 consecutive 3.3 feet drops. The devices also comes will IP65 and IP67 certification, which makes them waterproof and shockproof.

As far as specifications are concerned, the Toughpad FZ-F1 and FZ-N1 comes with a 4.7-inch HD (720×1280 pixels) display and are powered by 2.3 Ghz quad-core Qualcomm Snapdragon processor, which is paired with 2GB of RAM, and Adreno 330 GPU. The devices offers 16GB of internal storage, which can be further expandable up-to 64GB via microSD card. Both the handheld devices sport an 8-megapixel rear with LED flash and a 5-megapixel shooter on the front panel.