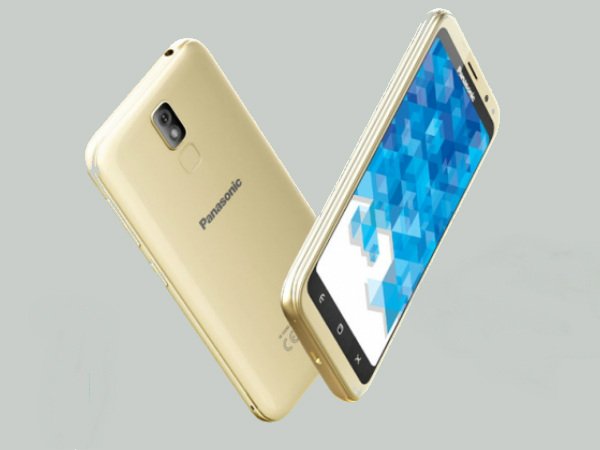 Last week, Panasonic had launched the P100 ( 2GB Variant), anentry-level smartphone in India for Rs 5,999. If we analyze the specs and price of the P100 at best it is a mediocre device as compared to other smartphones available in the market, like Xiaomi Redmi 5A which is available Rs 1000 less.

The 2GB variant of Xiaomi Redmi 5A is available for Rs 4,999 and has better specs as compared to Panasonic P100. Another interesting point is Xiaomi was launched in November 2017, while P100 was launched this month only.

In the battery department, P100 is powered by a 2200mAh unit while Redmi 5A gets its juice from 3000 mAh battery pack. In the current scenario when people are consuming so much content on their mobile phones a decent battery is the most sought-after feature and P100 seems to lagginghere. 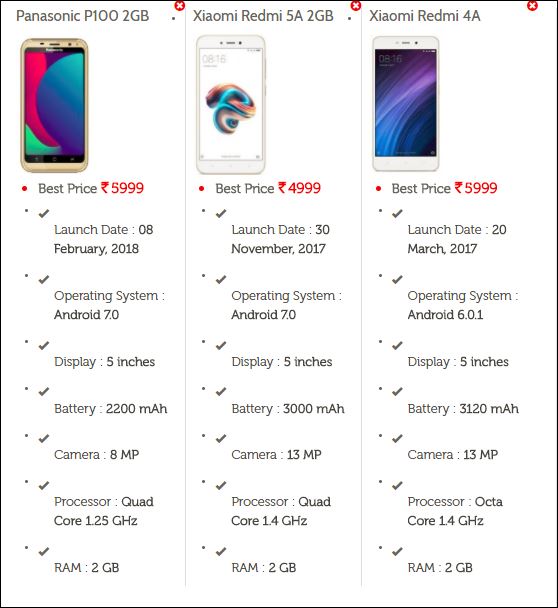 Even in the camera department, Xiaomi Redimi 5A comes out as a winner by a huge margin. Panasonic P100 has an 8-megapixel camera with LED flash and a 5-megapixel front camera. On the other hand, Redmi 5A has a combination of 13 megapixels + 5-megapixel camera unit. On the operating system and internal memory front, both the devices are based on Android 7.0 and offer 16 GB memory.

Pankaj Rana, Business Head – Mobility Division, Panasonic India, had said at the time of P100 launch, ” It is targeted towards millennial who look for a smartphone which is a one-stop solution for their daily needs. Boasting of not only advanced camera setup but also an elegant and superior design, P100 is an all-around package at an extremely affordable price.” But, compared to Xiaomi Redmi 5A will cost lesser than Panasonic P100, millennial are getting an overpriced device if the specs are considered.

Also, Panasonic has not been prompt with releasing the updates for its smartphones in the past which might be a cause for concern. In the current scenario, where even biggies like Samsung are not relaxed about their position in the smartphone market Panasonic need to relook at its pricing strategy for mobiles. Panasonic gets a major chunk of its sales from the offline market but again most of the brands which were earlier only online brands have not ventured into that territory and that might not be good news for Pansonic becauseconsumers will buy will buy only those devices which offer them value for money proposition.