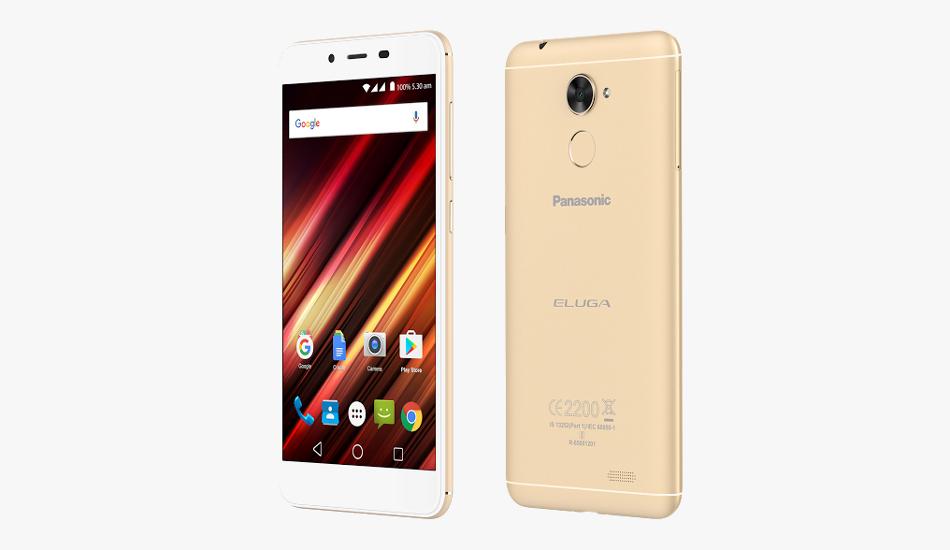 Both smartphones will be available from brand outlets across the country from next week.

Panasonic has announced the launch of its two new smartphones under its Eluga series, named as Eluga Pulse X and Eluga Pulse. The Eluga Pulse X is priced at Rs 10,990 and for Eluga Pulse one has to pay Rs 9,690. Both smartphones will be available from brand outlets across the country from next week.

The Panasonic Eluga Pulse X features a 5.5-inch HD (1280 x 720 pixels) IPS display with Asahi Dragon Trail Glass and comes armed by a 1.25 GHz Quad Core processor. It comes with 3GB of RAM and 16GB internal storgae, which can be further expandable up to 128GB with microSD card. The smartphone also houses a fingerprint scanner, which is placed on its back panel. The device runs on Android 6.0 Marshmallow operating system and is backed up by a 3000mAh battery.

On the camera front, the Eluga Pulse X offers a 13-megapixel rear camera with LED Flash and a 5-megapixel front-facing camera for selfies and video chats. besides, the smartphone offers Dual SIM, 4G with voLTE, WiFi (802.11 b/g/n), Bluetooth 4.0, GPS, and a microUSB port.

On the other hand, the Panasonic Eluga Pulse smartphone features a smaller 5-inch HD (1280 x 720 pixels) IPS display, 2GB of RAM and is backed up by a 2200mAh battery. Rest of the specifications are identical to the above listed Eluga Pulse X smartphone.