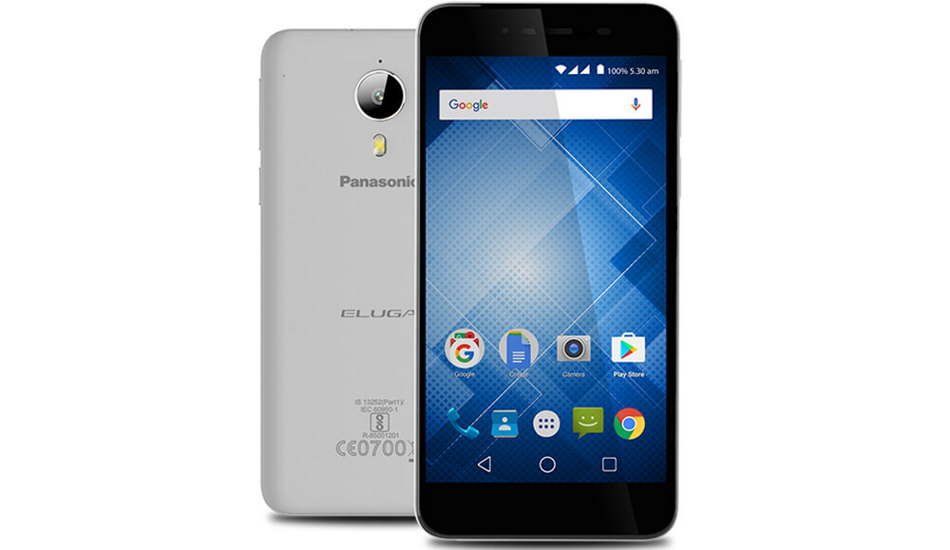 The Panasonic Eluga I3 Mega comes in Champagne Gold and Silver options.

The Panasonic Eluga I3 Mega features a metal body and has a 5.5-inch HD IPS display with a resolution of 720×1280 pixels and 2.5D Curved Glass display and is powered by a 1.3GHz quad-core MTK6735 processor. There is 3GB of RAM and 16GB of internal storage on the phone. You can expand its memory by another 128GB using a microSD card in its expandable storage slot. The smartphone runs on Android 6.0 Marshmallow operating system.

The Panasonic Eluga I3 Mega comes with a 13-megapixel autofocus camera with LED flash on the back and a 5-megapixel fixed focus selfie camera on the front. It is backed up by a non-removable 4000 mAh Li-ion battery. Further, the smartphone offer Dual SIM, 4G with VoLTE, Bluetooth 4.0, WiFi, WiFi hotspot, GPS, FM radio a Micro-USB port, Accelerometer, G-Sensor, Proximity & Light Sensor. The handset measures 154.6 x 77 x 9.4mm and weighs 180 grams.

The Eluga I3 is powered by a 1.3 GHz quad-core processor with 2 GB RAM and 16 GB internal memory, which is expandable by up to 32 GB. The dual SIM smartphone has a 2700 mAh battery. It measures 151mm x 77mm x 8.2 mm. It has WiFi (b/g/n), WiFi Hotspot, WiFi Direct, Bluetooth 4.0, micro USB 2.0, GPS with AGPS and FM radio. Besides, the Panasonic smartphone has Light Sensor, Proximity sensor and Accelerometer.