Oppo Reno7 Lite 5G price, specifications, and colour options have been leaked ahead of its launch in Europe. 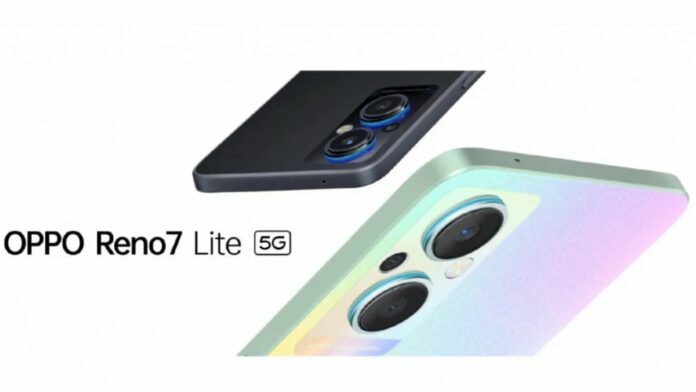 Oppo is gearing up to launch a new Reno 7 series 5G smartphone. The device will be called Oppo Reno7 Lite 5G. Now ahead of its launch, the specifications and price have been leaked online.

As per a MySmartPrice report, tipster Sudhanshu Ambhore has revealed the price, specifications, and colour options of the Oppo Reno7 Lite 5G in Europe.

The leak says that the phone will come with a 6.43-inch AMOLED display with Full HD+ resolution. Further, the display will have a 409 PPI pixel density and brightness up to 600 nits.

Under the hood, the Reno7 Lite 5G will pack a Snapdragon 695 SoC. Further, the chipset will be paired with 8GB RAM and 128GB of storage. In addition, it will come with a 4,500mAh battery with 33W rapid charging support.

For the optics, the phone will be equipped with a triple camera setup on the rear. It will have a 64-megapixel primary camera, a 2-megapixel depth sensor and a 2-megapixel macro camera. In addition, for the front, it will feature a 16-megapixel sensor.