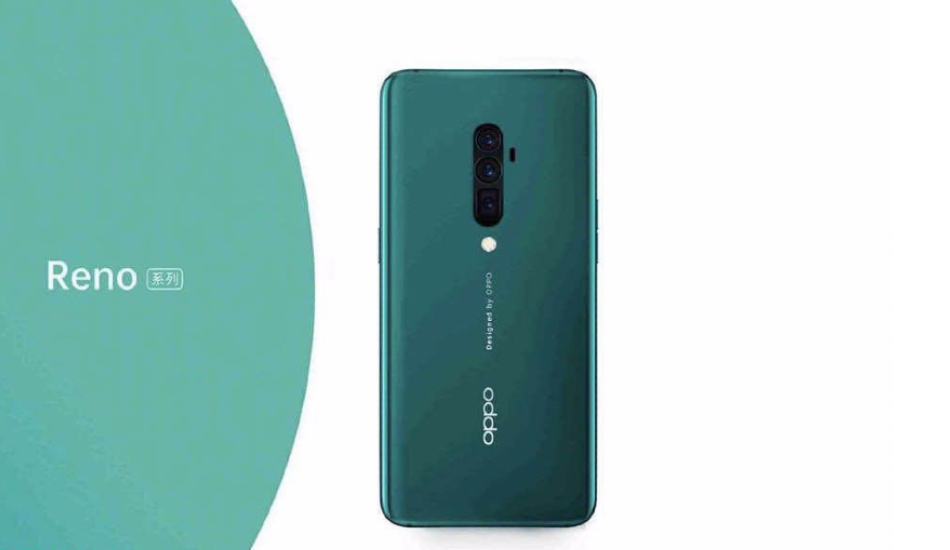 OPPO Reno looks to be designed in a dark teal green colour, possibly with a curved glass panel on the rear end. What we can grasp from the image is that the back panel comes with a triple camera setup with an LED flash.

Oppo confirmed a new product line under the name Reno yesterday and the first smartphone under series has been touted to launch on April 10. With a month left to go for the official launch, the OPPO Reno as we would like to call it now has been leaked through a couple of pictures at the same time as its specs got revealed.

As per a piece uploaded by SlashLeaks, the OPPO Reno looks to be designed in a dark teal green colour, possibly with a curved glass panel on the rear end. What we can grasp from the image is that the back panel comes with a triple camera setup with an LED flash. Judging by the lack of a fingerprint scanner, we can expect the Reno to feature an in-display fingerprint sensor on the front under its OLED display.

As for the optics, the triple camera setup on the Reno is expected to comprise of a 48-megapixel Sony IMX586 sensor, a 10X telephoto lens and an ultra-wide angle lens. The camera module will be enabled with dual OIS for stabilisation. The camera on the front is expected to be a single 16MP image sensor. 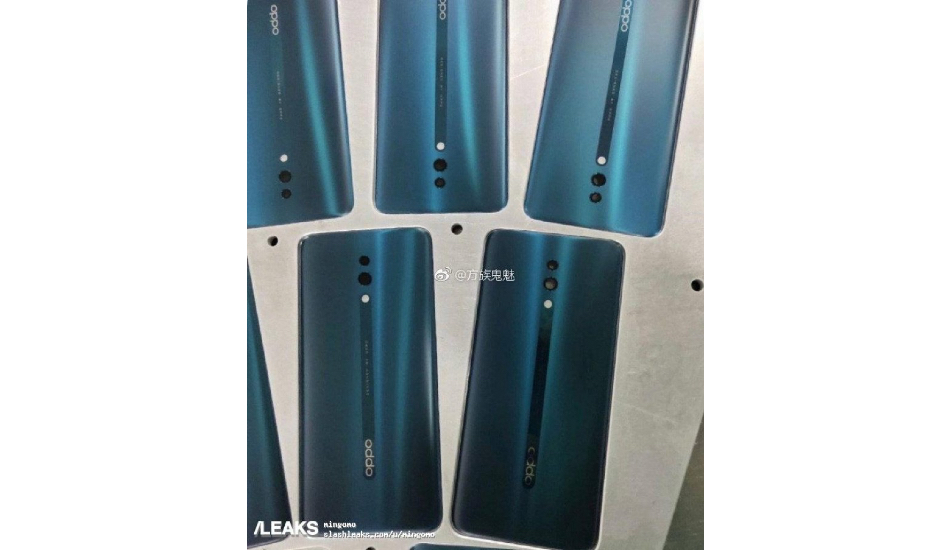 However, there’s a similar coloured device in the pictures as well with a dual-camera setup. So take this with a grain of salt if the real device turns out to be something else. As for the second picture, there’s a Bluetooth SIG certification which has leaked its camera specifications. The device comes with a 48MP + 5MP setup at the back and is powered by a Snapdragon 710 SoC, as reported by GizmoChina. This begs the question whether the OPPO Reno will be a flagship phone or a just another higher-end mid-ranger.

Previously, Oppo was found developing a Snapdragon 855-powered smartphone with Adreno 640 GPU, 8GB of RAM and 256GB of internal storage. With a launch expected to happen on April 10, we’ll know more about what Oppo’s cooking and if Oppo is developing something other than the Reno smartphone.