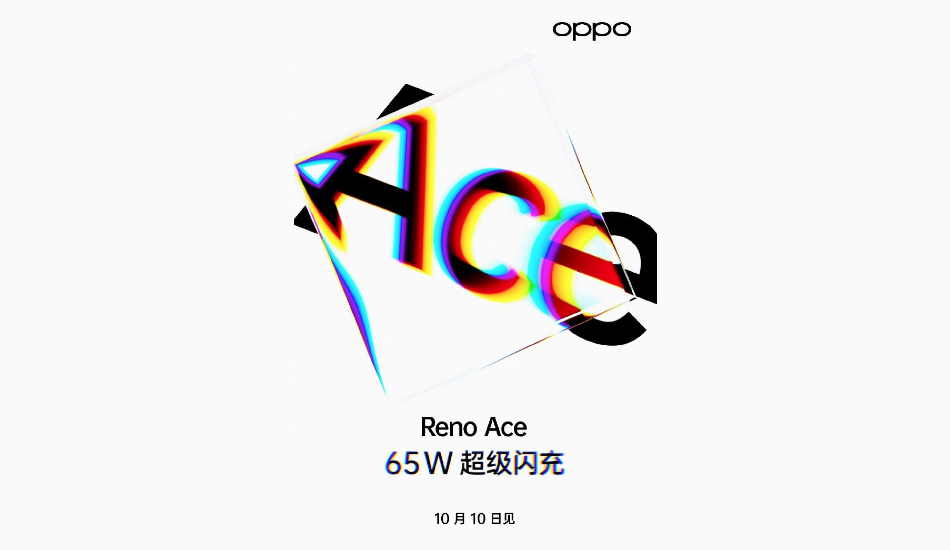 Oppo has confirmed that the Oppo Reno Ace will debut on October 10 with 64W SuperVOOC Flash Charging technology.

Oppo has scheduled an event for the launch of the Oppo Reno Ace smartphone on October 10 in China. The phone will be the fourth Reno series phone to launch in a span of two months after the Chinese company introduced the Reno 2, Reno 2Z and Reno 2F smartphones in India in August. 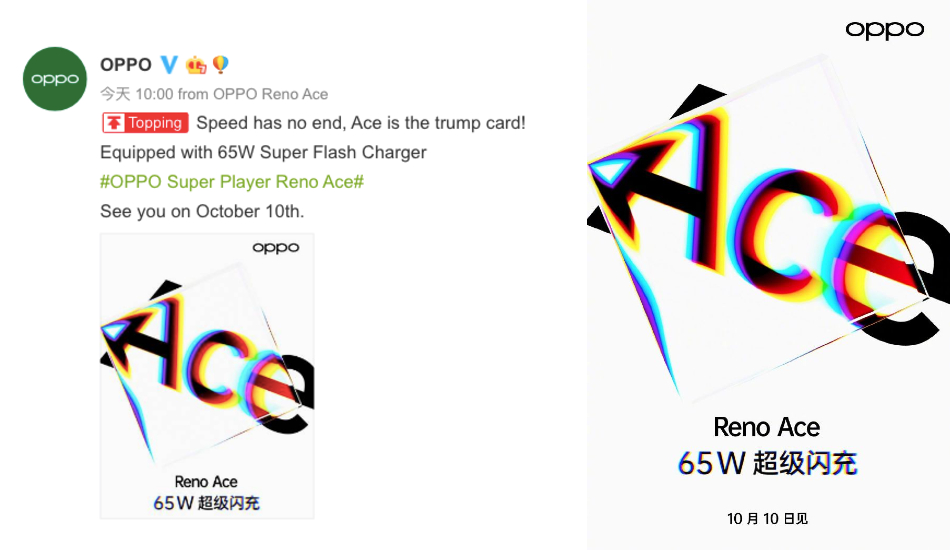 For comparison, the 50W Super VOOC technology which was present on Oppo R17 Pro and can charge the 3,700mAh battery on the device from 0 to 40 percent in 10 minutes. The 65W charging tech will thus be faster than this.

The Reno Ace is also expected to be the company’s first smartphone featuring a 90Hz display. The phone is also touted to come powered by a Snapdragon 855+ processor and to offer support for 5G cellular connectivity.

Oppo Reno Ace will debut on October 10 in China.