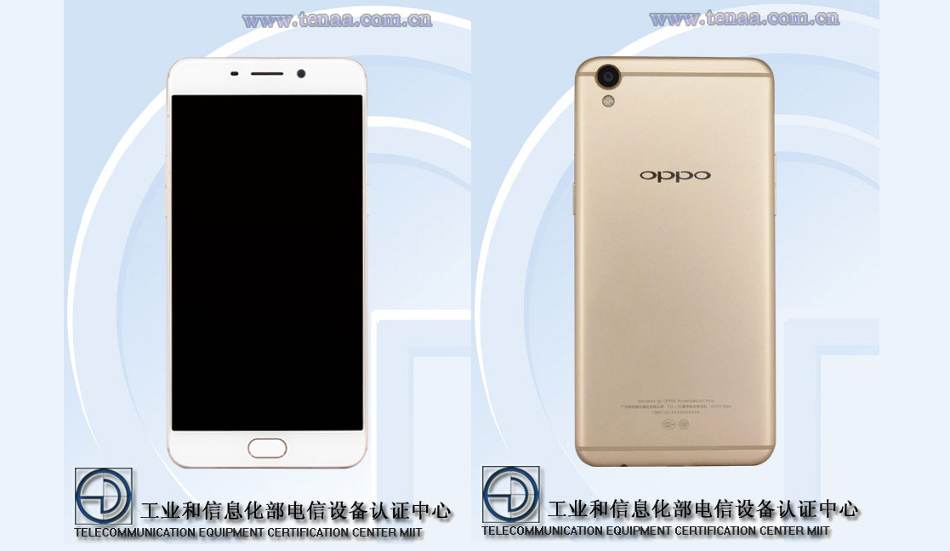 Both the smartphone offer 16-megapixel rear camera and fingerprint sensor.

As expected expected, Oppo has unveiled its camera-centric Oppo R9 and R9 Plus smartphones at an event held in Beijing National Convention Center today. The Oppo R9 is priced at 2799 Yuan (approximately Rs 28,747) and will be available for purchase from March 24 onwards, where as Oppo R9 Plus costs 3299 Yuan (approximately Rs. 33,899) and will be available from April 12. Both the smartphones comes in two color options- Gold and Rode Gold. 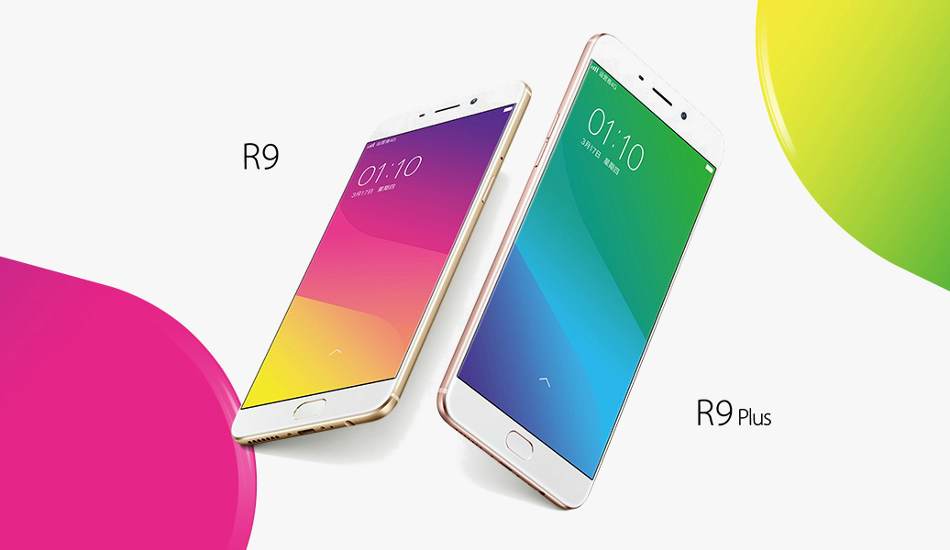 The Oppo R9 has a 5.5-inch Full HD (1920 x 1080 pixels) AMOLED screen and is powered by a 2.0 GHz octa-core 64-bit MediaTek Helio P10 processor, which is paired with 4GB RAM and 64GB of internal storage. It has an expandable storage as well that can hold a micro SD card of up to 128 GB. The Android 5.1.1 operating system based R9 has Color OS 3.0 user interface and a 2850 mAh battery and it also has Oppo’s Super VOOC rapid charging technology) that claims to fully charge the phone in just 15 minutes. 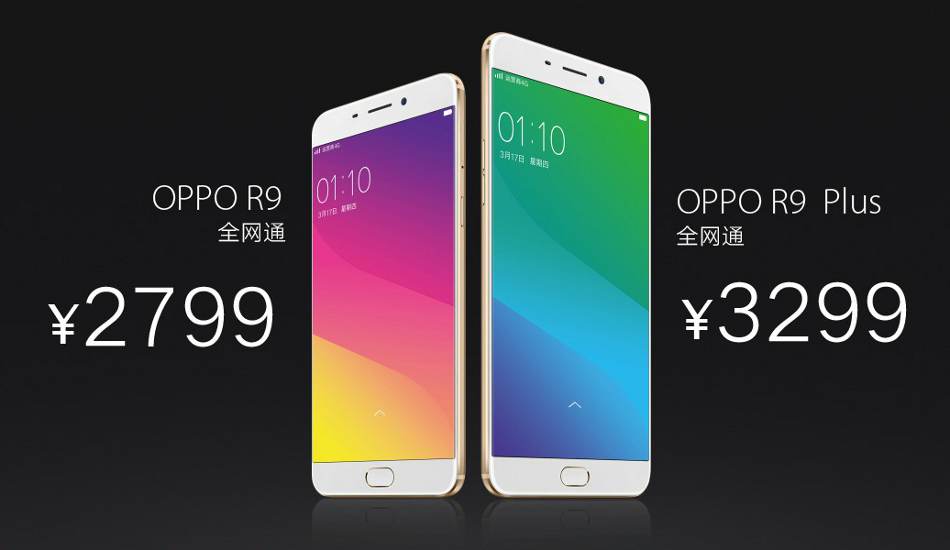 The smartphone flaunts a 16-megapixel Sony IMX298 OIS snapper with Smart Sensor on its back while a 13-megapixel shooter is in its front panel. This 4G LTE smartphone also offers a fingerprint sensor, which claims to unlock the phone in under 0.2 seconds. The handset measures 151.8×74.3×6.6mm and weighs around 145 grams.

On the other hand, the Oppo R9 Plus features a 6-inch Full HD (1920 x 1080 pixels) display and is powered by the 1.95 GHz 64-bit octa-core Qualcomm Snapdragon 652 processor, which is paired with 4GB RAM and 64GB of internal storage. It too have a 128GB micro SD card slot. The smartphone runs on Android 5.1.1 operating system with Color OS 3.0 on top of it. The Oppo R9 Plus is backed up by a 4210 mAh battery with Oppo’s super VOOC rapid charging technology.

The smartphone flaunts has a 16-megapixel camera on both its rear and front panels. This 4G LTE smartphone too offers a fingerprint sensor, which claims to unlock the phone in under 0.2 seconds. The handset measures 163.1×80.78×7.4mm and weighs around 185 grams.