Oppo R7s to be unveiled on October 18th 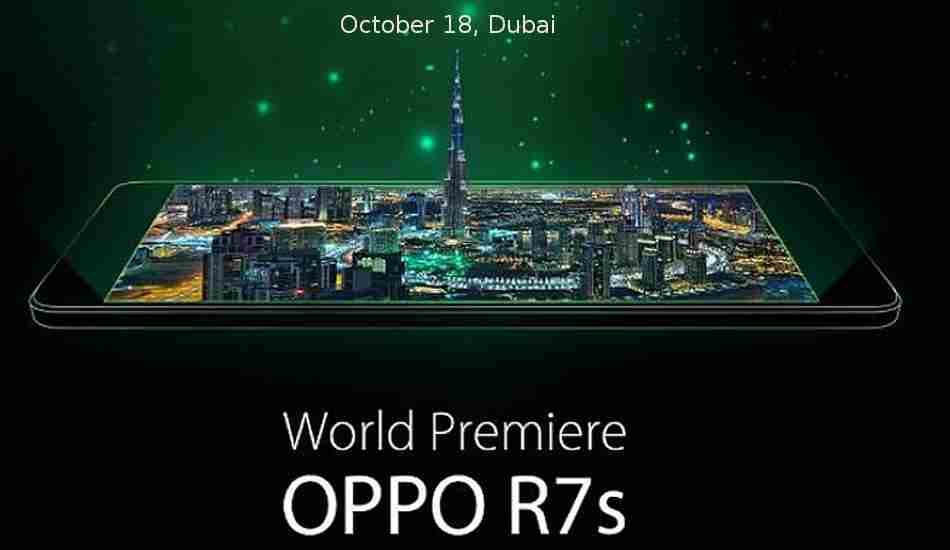 According to the reports, Oppo R7s will come with a 5.5-inch AMOLED Full HD (1080×1920 pixels) display with Corning Gorilla Glass 3 protection. It would be powered by a 1.5 GHz octa-core (Qualcomm MSM8939 Snapdragon 615 chipset) processor paired with 3GB of RAM and Adreno 405 GPU. The handset will have Android 5.1.1 Lollipop operating system with Color OS 2.1 on top.

The Oppo R7s is said to come with 32 GB of internal storage which will be further expandable via a micro SD card. The handset will be powered by a 4100mAh battery. On the camera front, Oppo R7s will sport 13-megapixel rear camera with LED flash and a 8-megapixel front camera for selfies and video calling. The handset will measure 151.8×75.4×6.7mm and weigh 200 grams.