The Oppo R15 Neo phone will be launched in Diamond Blue and Diamond Pink colours.

Oppo is prepping for the launch of its upcoming F9/F9 Pro smartphone. The company seems to be also working on another phone as specifications of the Oppo R15 Neo or AX5 have now been leaked online. 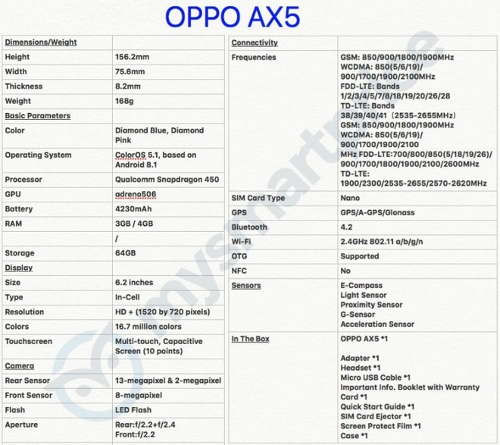 As of now, there is no information about the launch and availability details of this smartphone. But since the entire specs of the phone have leaked, the phone might go official soon. We will keep you posted for more updates on this. Stay Tuned to The Mobile Indian.

Note – The lead image is for the representaional purpose only.