Chinese handset major, Oppo will launch its N1 Mini smartphone in India this month itself, according to a report of The Times of India which quoted its sources saying so. Note that Oppo has posted a teaser with in its Indian Twitter page showing the handset with “coming soon” tag. 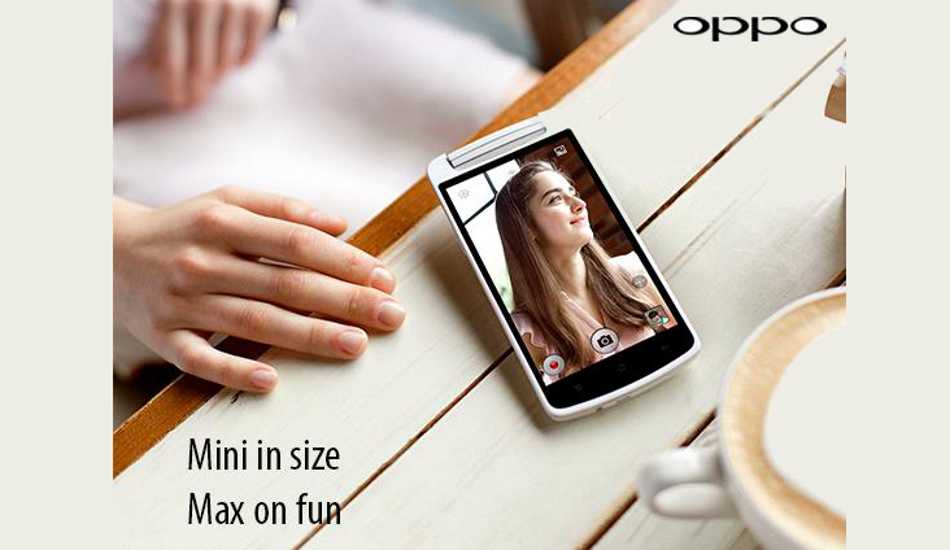 As the name suggests, the Oppo N1 mini is a slightly stripped down versions of Oppo N1 but it nonetheless has the iconic rotating camera module. It has a 5 inch display with HD resolution, a 1.6 GHz Snapdragon 400 quad core processor, and 2 GB RAM. It is based on Android 4.3 Jelly Bean operating system and, like all Oppo smartphones, has a customsed user interface known as Color OS.

Besides, Oppo N1 Mini has a 13 megapixel camera which can be rotated to be used as a front camera. This camera can capture full HD videos at 30 frames per second and has HDR and Panorama functions. It has a decent 2140 mAh battery. The N1 Mini has WiFi, Bluetooth 4.0, WiFi Direct, WiFi Hotspot, micro USB port and DLNA. It comes with USB on the go feature as well. Note that the N1 Mini is a 4G smartphone but its compatibility with Indian 4G networks is not clear.

Currently, Gionne Elife E7 Mini too comes with a rotating camera module as the Oppo N1. The E7 Mini is available for around Rs 18,000 these days so it would be interesting to see how Oppo prices its N1 Mini for India.