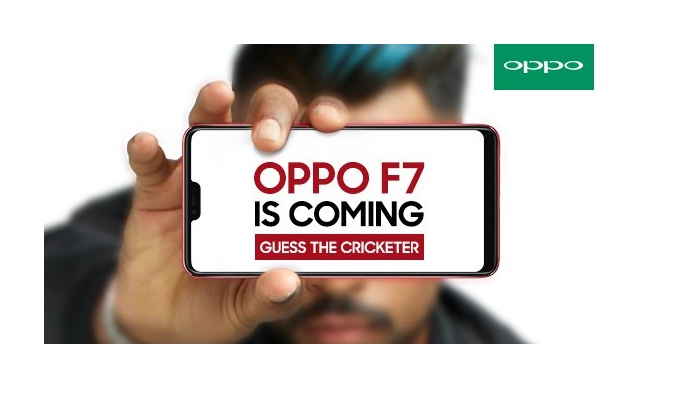 Oppo is reported to launch its upcoming selfie-focused smartphone, F7, in India soon. Now, it seems we might have a launch date for the launch event.

According to multiple reports, Oppo initially tweeted the launch date of March 26, though it deleted it later. This gives us a fair hint that the smartphone could be unveiled on the above-mentioned date. Interestingly, the deleted tweet also reveals that the phone will sport an Apple iPhone X-like top notch.

The brand recently tweet reveal the name of the phone and front panel as well. The tweet reads, “Make way for the all-new #OPPOF7 now with an awesome notch screen. Can you guess who the Indian cricketer is behind the phone?”. The company has been teasing new brand ambassador, which is none other than Indian cricketer Hardik Pandya.

The phone will be the successor of Oppo’s last year flagship, the F5. It is said to be coming with a 6.2-inch screen with FHD+ resolution with a screen resolution of 2280 x 1080 pixels and an aspect ratio of 19:9.

The major highlight of the phone is its 25-megapixel front camera which is really insane. No other information about the phone is available right now but what we know that this won’t be the only phone of Oppo to have iPhone X like design. The company is also said to be working on Oppo R15 and Oppo R15 Plus with similar design.