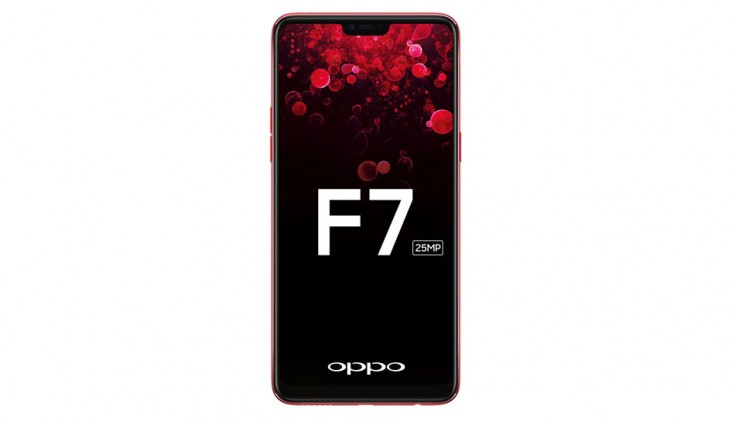 The major highlight of the smartphone is the new bezel-less display and AI-powered by selfie camera.

Oppo announced the launch of Oppo F7 last month in India. The smartphone comes with a price tag of Rs 21,990 for the 64GB variant, while the 128GB is priced at Rs 26,990. After the first flash sale last week on Flipkart, the regular sale has now begun on both online and offline channels. The smartphone is available for purchase online on Flipkartand Amazon India and offline at Oppo stores.

The major highlight of the smartphone is the new bezel-less display and AI-powered by selfie camera. The phone features a 6.23-inch Full HD+ display with a screen resolution of 2280 x 1080 pixels along with aspect ratio 19:9, anApple iPhone X-like notchand 89.9 percent screen-to-body ratio. There is Notch Assistant through which users can perform a different gesture to navigate between apps.

The smartphone is powered by MediaTek Helio P60 octa-core processor along with Mali-G72MP3 GPU. To recall, the chipset wasunveiled at the MWC 2018and comes with AI neural network. The phone is backed by a 6GB of RAM along with 64GB of internal storage, which can be further expanded up to 128GB via micro SD card slot. The phone also comes with 128GB storage variant as well.

On the camera front, the Oppo F7 will feature a 25-megapixel selfie camera with real-time preview along with AI Beauty Technology 2.0, AR stickers, bokeh effect and more. For the rear, there will be a 16-megapixel shooter along with LED flash. There is an AI album as well, where the artificial intelligence will recognize the photo library and sort them into collections based on people, places, time and events.

The smartphone is backed by a 3400mAh battery withAI battery management for a more optimised usage and it runs on ColorOS 5.0, which is based on Android 8.1 Oreo. Moving on, the phone will feature Face Unlock feature as well as a fingerprint sensor. On the connectivity front, it supports 4G VoLTE, Bluetooth, WiFi, dual-SIM, GPS and micro USB port.