Oppo F5 leaks up in posters, expected to be announced soon 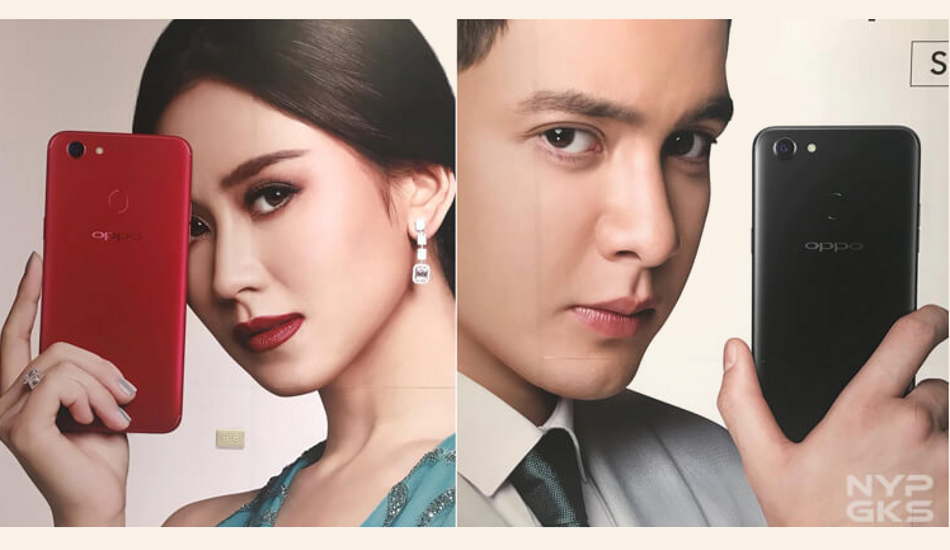 The device will feature a 6-inch display with full HD+ display with a resolution of 2880x1440 pixels and an aspect ratio of 18:9.

Oppo has recently launched Oppo F3 Diwali Edition in India for Rs 18,990. The original Oppo F3 was launched in May this year at Rs 19,990. Now seems that the Chinese company is working on a new F series smartphone and will be launching the successor of Oppo F3 which is dubbed as Oppo F5 soon. The said smartphone has been spotted on posters in the Philippines, as per a report.

The Oppo F5 has appeared on two posters with celebrities Alden Richards and Sarah Geronimo in SM Megamall in the Philippines. From the poster, we can see that the Oppo F5 will feature a single rear camera on the back. There is also a fingerprint scanner on the back which will make it the first Oppo phone to features fingerprint sensor at the back just above the Oppo logo. Currently, all Oppo smartphones come loaded with a front-facing fingerprint sensor.

The poster comes with a slogan “Capture the real you” and just below it, there is “Selfie Expert” slogan too. This hints at the Oppo F5 will be featuring a dual camera set up in the front. The poster shows the celebrities holding the F5 smartphone in red and black colours.

The specifications of the Oppo F5 are scarce at the moment. At the moment, we only know the device will feature 6-inch display with full HD+ display with the resolution of 2880×1440 pixels and an aspect ratio of 18:9.

As per the report, Oppo store is also scheduled to be opening in Filipino capital Manila in the Philippines next month which might coincide with the launch of the F5.

To recap Oppo F3 specs, the smartphone features a 5.5-inch Full HD 2.5D curved glass display with Corning Glass 5 protection and a screen resolution of 1920 x 1080 pixels. The device is powered by 1.5GHz octa-core Mediatek MT6750T processor along with Mali T860-MP2. The phone is backed by a 4GB of RAM and 64GB of internal storage, which can be expanded up to 128GB via microSD card slot. The device runs on Android 6.0 Marshmallow with company’s ColorUI 3.0 running on top of it. The smartphone gets its power from a 3,200mAh non-removable battery.

The Oppo F3 comes with a dual front camera setup, which includes a 16-megapixel primary sensor and an 8-megapixel secondary sensor with 120-degree wide-angle view for group selfies. It has built-in Smart Facial Recognition, that will notify users to switch to ‘Group Selfie’ mode if there are more than three people in the frame. For the rear, the smartphone boasts a 13-megapixel shooter with Dual PDAF, full HD 1080p video recording. The smartphone also comes loaded with a front-facing fingerprint sensor. On the connectivity front, the device support 4G VoLTE, Wi-Fi 802.11 a/b/g/n/ac, Bluetooth 4.1, GPS and Hybrid Dual SIM (Nano + Nano). The phone measures 153.3 x 75.2 x 7.3mm and weighs about 153 grams.