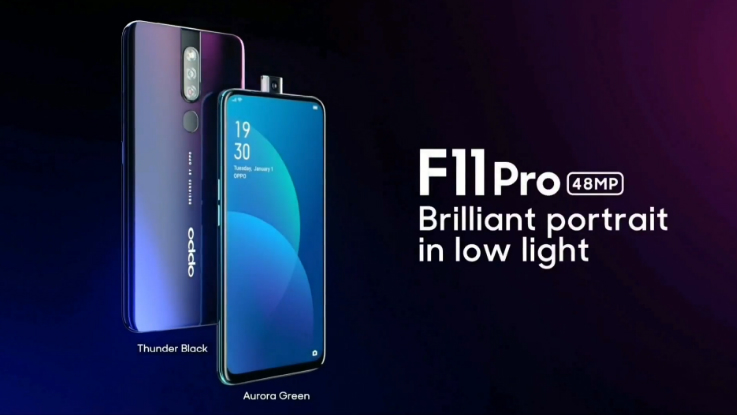 The phone will come with the 48-megapixel sensor and a pop-up selfie camera of unknown resolution.

Oppo is all set to launch its next smartphone, the F11 Pro, In India on 5 March. The company has now started sending media invites for the launch event to be held in Mumbai on the said date.

Oppo has already confirmed that theupcoming smartphone’s camera will also equip a Super Night Mode which will make use of OPPO’s exclusive AI Ultra-Clear Engine to shoot images with good detail under low light conditions. The phone will come with the 48-megapixel sensor and a pop-up selfie camera of unknown resolution. The specifications of the smartphone are unknown at this point.

The AI Engine and Ultra-clear Engine are expected to deliver Super Night Mode by intelligently recognising scenes and optimises the settings. The setup will also offer optimisation for image-stabilisation during a long exposure, low-light performance, and skin brightening.

Meanwhile, ahead of the launch, a hands-on video for the Oppo F11 Pro has surfaced online. A Twitter user from Vietnam posted a four-second video of the device, showcasing the phone from its back and front. The pop-up selfie camera is however not visible in the leaked video. The rear panel features a gradient finish which has a vertical dual camera setup. There is also an oval fingerprint scanner at the back.

Oppo F11 Pro is said to carry support for VOOC fast charging technology. The expected pricing of the smartphone in India is around Rs 25,000. It is said to come in Thunder Black and Aurora Green colour variants.