Oppo A9X with dual camera setup launching on May 21 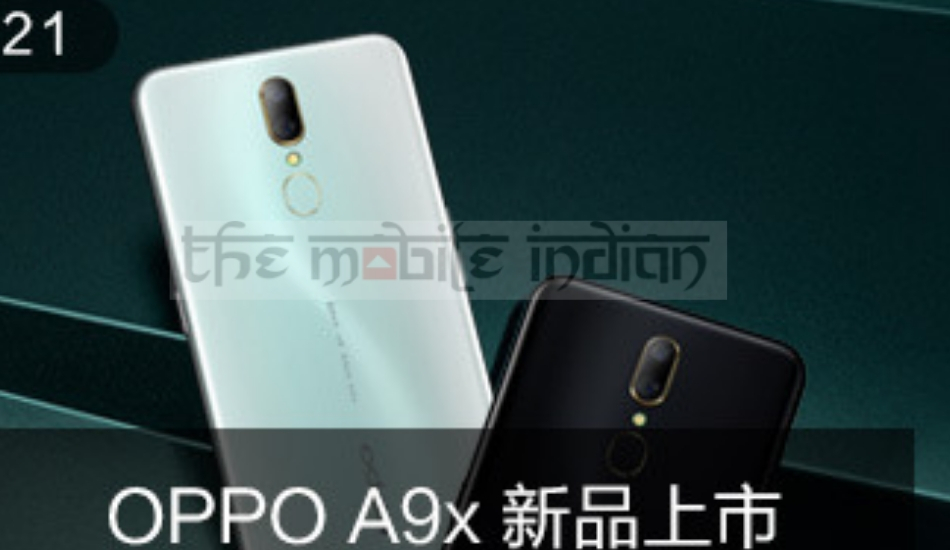 Few days back a Weibo user leaked few of the specifications of Oppo A9X.

Last month, Oppo launched a new smartphone in China, named as Oppo A9. Now the company is all set to launch another version of Oppo A9, which is dubbed as Oppo A9X on May 21. Oppo A9X has been first spotted by The Mobile Indian.

Oppo A9x is expected to have a6.53-inch FHD+ display with Corning Gorilla Glass 5 protection and a waterdrop-style notch design with 3D curved glass. It will be powered by MediaTek Helio P70 processor. It will have a non-removable 4020mAh battery, ColorOS6 system based on Android 9 Pie and rear fingerprint scanner similar to Oppo A9. Oppo A9x will come in two colour options Ochre Black and Ice jade White.