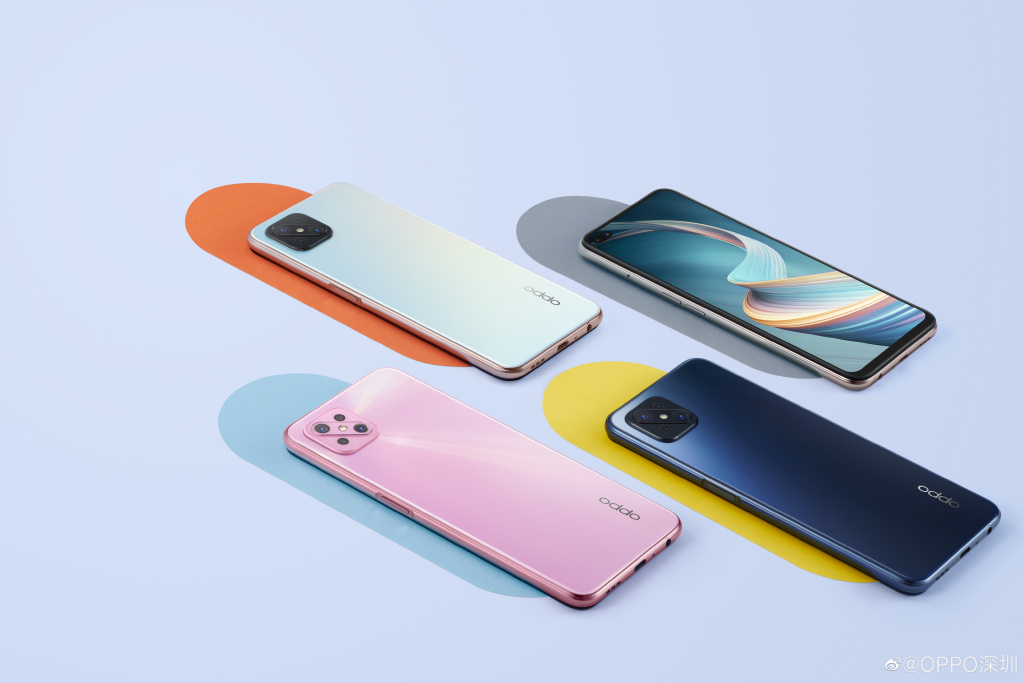 Oppo A92s will have a total of six cameras, four on the back and two on the front.

Oppo new A-series smartphone – Oppo A92s was recently spotted on TENAA listing which revealed its entire specifications. Now Oppo has released some official renders of the phone as well.

The left side of the phone features volume rocker button while the right side features a fingerprint sensor embedded under the power button. The bottom of the phone has a 3.5mm audio jack, a USB-C port and an external speaker.

The device is powered by 2.0GHz octa-core processor. Recent reports have claimed that it will be powered by MediaTek Dimensity 800 5G chipset. The handset runs on Android 10 OS and the battery capacity is listed as 3,890mAh.

Oppo A92s will have a total of six cameras, four on the back and two on the front. The rear cameras include a 48-megapixel shooter, an 8-megapixel sensor, and two 2-megapixel cameras. The device weighs 184 grams and its dimensions are 163.8 x 75.5 x 8.1mm.