Oppo A83 specifications and pricing leaked, likely to launch on December 30 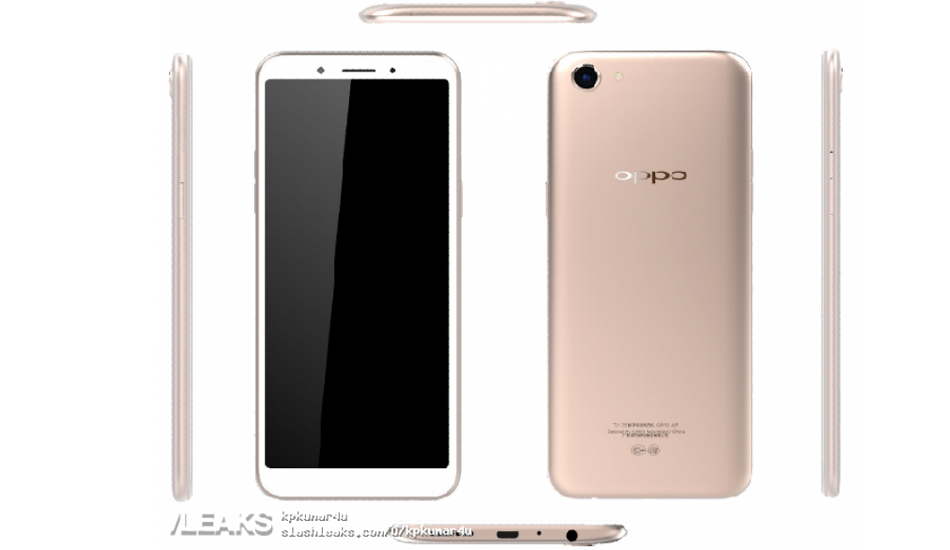 The smartphone will run on Android 7.1.1 Nougat operating system.

A new Oppo smartphone dubbed as Oppo A83 has been spotted in the wild, along with its expected specifications and pricing. The phone is said to launch on December 30.

To recall, Oppo A83 was also spotted on TENAA, a Chinese certification website earlier this month. The specs revealed in the TENAA listing are inline with the specs that were leaked today.

The image shows the smartphone in full glory revealing its back and front. As per image, the smartphone will sport a metal unibody design. The device is not featuring any fingerprint scanner on its back panel, as seen in the image. One can also see the rear camera with LED flash and the Oppo logo on the back of the phone.

There are power button and volume button on the right side of the device. The speaker grill along with micro USB port and 3.5mm headphone jack on the bottom edge of Oppo A83.

As per the Slashleaks, Oppo A83 is said to feature a 5.7-inch HD+ display with resolution 720×1440 pixels and is powered by a MediaTek MT6763T 2.5 GHz octa-core processor, along with 2GB of RAM and 16 GB of inbuilt memory. It will run on Android 7.1.1 Nougat operating system and will be backed up by a 3090mAh battery. On the camera front, it will have a 13-megapixel rear camera with LED flash and an 8-megapixel snapper in the front for selfies and video chats.