Oppo A55 key specifications revealed ahead of October 1 launch

Oppo A55 key specifications have been confirmed. The landing page had appeared on Amazon and it has now been updated with deatils. 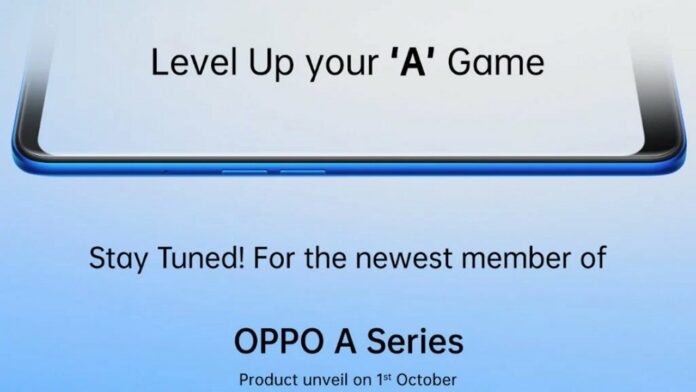 Oppo A55 has already been confirmed to launch in India on October 1. Now ahead of the launch, key specifications of the Oppo A55 have surfaced online.

Oppo A55 landing page had appeared on Amazon, revealing the display and camera specs of the upcoming smartphone. As per the Amazon listing, the Oppo A55 will sport a 6.51-inch display with a punch-hole camera cutout for the selfie camera.

The phone will feature a side-mounted fingerprint scanner for security. Additionally, there will also support the face unlock feature.

Recently the renders of the Oppo A55 4G surfaced online. As per them, Oppo A55 has a traditional-looking front panel. There’s a punch hole at the top left that houses the front camera. There seem to be the volume buttons on the left, while at the right, we get the power button that should also double as a fingerprint sensor.

In addition, the Oppo A55 4G can be seen having a triple camera setup at the back. This will be lead by a 50-megapixel sensor as per the render. The details for the rest of the two sensors remain unknown as of yet. It could be backed with a 5,000mAh battery with support for 18W fast charging. The phone will only come with the 4G connectivity option instead of 5G.

In related news, Oppo has recently introduced the Oppo F19s, Reno 6 Pro 5G Diwali Edition, and Enco Buds Blue. The Oppo F19s is launched for Rs 19,990 for the 6GB RAM and 128GB storage variant. The smartphone will be available via Flipkart and Oppo’s e-store.

The Oppo Enco Buds are priced at Rs 1999. They will be available from October 6.