Oppo A54s has appeared in an Amazon listing which has revealed all the specifications and the pricing for the smartphone. 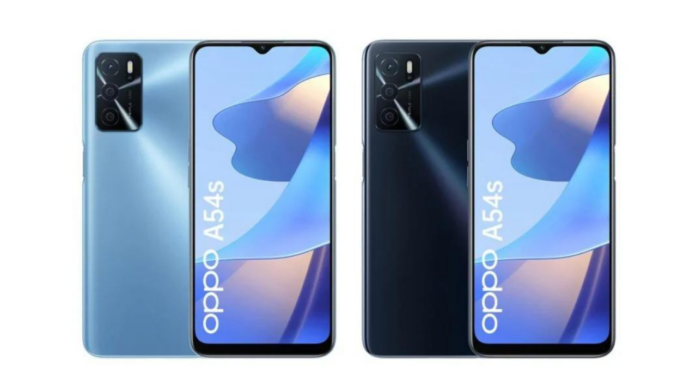 Oppo A54s is an upcoming smartphone from the Chinese brand that has now been listed on the Amazon Italy website. The listing mentions the pricing as well as the specifications for the smartphone. It also mentions that the smartphone will be available for purchase starting November 13 in the region.

Oppo A54s features a 6.52-inch HD+ IPS LCD display with 720 x 1600 pixels resolution. There is also a standard 60Hz refresh rate. The listing does not reveal the chipset the phone packs. However, leaks have mentioned that it packs a MediaTek Helio G35 SoC. It is paired with 4GB RAM and 128GB of storage, and there is a MicroSD slot, presumably for up to 256GB of expandable storage.

In recent news, Oppo also launched the A56 5G smartphone. The Oppo A56 5G features a 6.5-inch HD+ display with a resolution of 1600 x 720 pixels. There’s a 120Hz touch sampling rate and a 60Hz refresh rate. The screen is protected by Corning Gorilla Glass 3. The MediaTek Dimensity 700 SoC powers the phone with 6GB of LPDDR4X RAM and 128GB of UFS 2.1 internal storage. In addition, the storage can be expanded using a microSD card slot.