Oppo A33 price in India revealed ahead of official launch 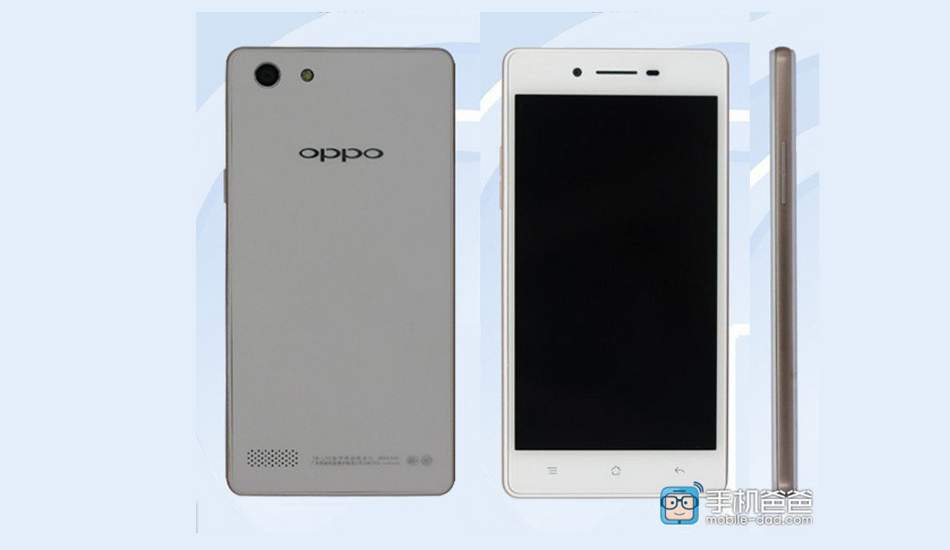 Oppo is reportedly working on Oppo A33 smartphone which will be launched in India soon. As of now, the company has not officially announced the launch but a new leak has revealed online which has revealed its Indian pricing.

As per a poster leaked by a blogger on Twitter, Oppo A33 will be priced at Rs. 11,990 for the 3GB RAM + 32GB storage option in India. It also reveals a bunch of launch offers which includes 5 percent cashback on Kotak Bank, RBL Bank, Bank of Baroda, and Federal Bank cards. There are also no-cost EMI options from Bajaj Finserv, Home Credit, HDB Financial Services, IDFC First Bank, HDFC Bank, and ICICI Bank. 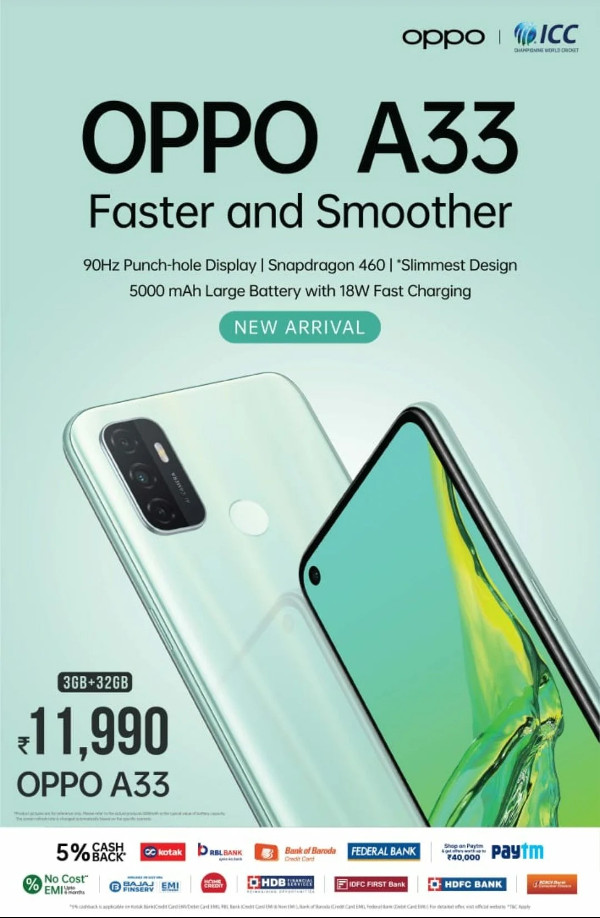 Oppo A33 features a 6.5-inch HD+ (720×1600 pixels) hole-punch display with 90Hz refresh rate and a single punch-hole selfie camera located in the top left corner. It also has a fingerprint scanner at the back. Under the hood, the phone is powered by an octa-core Qualcomm Snapdragon 460 processor. The phone is shown with 3GB of RAM and 32GB of internal storage. Though, the company is likely to be coming in more memory variants.