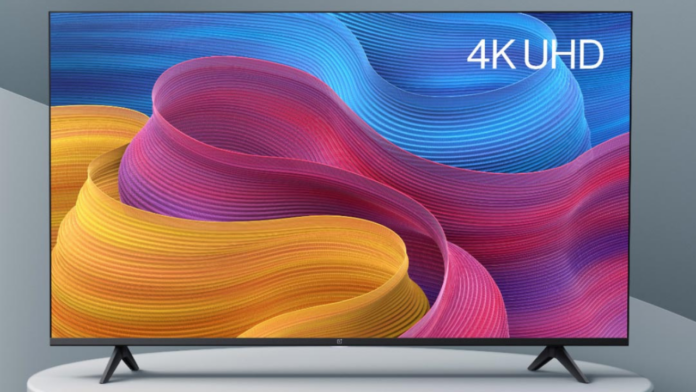 OnePlus is all set to launch a new Television in India and it will be the OnePlus TV 50 Y1S Pro. The company has started teasing the arrival of the new TV 50 Y1S Pro smart TV in India through its social media channels and e-commerce website Amazon. Apart from that, the India launch of the OnePlus Nord 2T is expected to be held on July 1.

OnePlus has created a dedicated microsite to tease the launch of the TV 50 Y1S Pro via its own website and Amazon India. The teasers confirm that the device will feature a 50-inch 4K UHD display with a 10-bit colour depth. It will have a Gamma Engine for enhancing image quality in real-time. Furthermore, it will have support for Motion Estimation Motion Compensation (MEMC), HDR10, Dolby Audio, and more.

Then there will be a Smart Manager feature allowing users to control various functions of the TV including system speed, and freeing up storage space, among others. For audio, the TV will be equipped with 24W speakers with support for Dolby Audio.

Same as the previous models, this upcoming Y-seres smart TV will offer seamless connectivity with other OnePlus devices where users will be able to adjust the TV’s volume via the OnePlus Watch with the Smart Volume Control. The listing also suggests 8GB of internal storage along with support for Sleep detection so that it goes to standby automatically when the viewer has fallen asleep.

In addition, OnePlus is also gearing up to launch the Nord 2T in India on July 1 per a new report. This is when the new Smart TV is also expected to arrive. Recently, the India price of the Nord 2T was tipped where it will be offered in 8GB + 128GB and 12GB + 256GB variants, priced at Rs 28,999 and Rs 31,999, respectively.