OnePlus has officially launched the Pac-Man Edition Nord 2 smartphone in India at a price of Rs 37,999 for the sole 12/256GB variant. 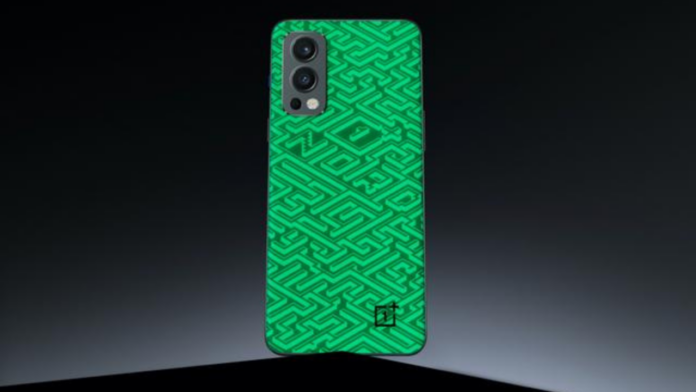 The OnePlus Nord 2 Pac-Man Edition is priced at Rs 37,999 in India and will come in a single variant with 12GB of RAM and 256GB of storage. It will be available for purchase via the OnePlus store starting 12PM IST today. The device is also available in Blue Haze, Gray Sierra, and Green Woods colour options.

The OnePlus Nord 2 has been launched with OxygenOS 11.3, whose codebase has been merged with ColorOS. The company has recently confirmed it will get 2 years of major software upgrades with 3 years of security patches. In addition, OnePlus Nord 2 5G has an in-display fingerprint sensor.

OnePlus already detailed the changes present in this new Pac-Man Edition Nord 2. The handset comes with a reimagined rear cover boasting a dual film design with phosphorescent ink applied to its innermost film, enabling the device to glow in the dark. This means that the OnePlus Nord 2 x PAC-MAN Edition glows in the dark, showcasing a maze inspired by the classic game.

Moving on, it is backed up by a 4,500 mAh dual-cell battery with 65W fast charging. Connectivity options include Wi-Fi 6, 5G, 4G LTE, GPS, and USB Type-C port for charging. Additional features on the OnePlus Nord 2 include Haptics 2.0. AI features all over the software, dual stereo speakers, and more.