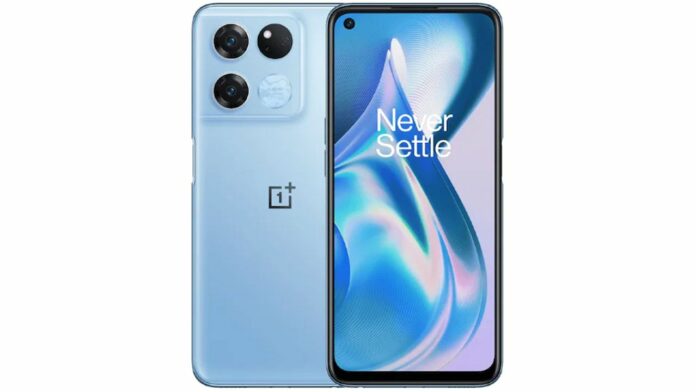 So if true, the upcoming phone will feature the same set of specifications as the OnePlus Ace Racing Edition. The company is yet to release any information regarding this device. We expect the phone to surface in more leaks in the coming days.

The phone feature a 6.59-inch IPS LCD screen that produces an FHD+ resolution with 2412 x 1080 pixels Further the display comes with up to 120Hz adaptive refresh rate and up to 240Hz touch sampling rate.

Under the hood, the phone is powered by a 2.85GHz octa-core MediaTek Dimensity 8100-Max chipset. This will be coupled with up to 12GB RAM and up to 256GB internal storage.

For security, it features a side-facing fingerprint scanner. Besides, it will also have a 3.5mm audio jack but lacks an alert slider.

The upcoming OnePlus phone features a triple rear camera setup in terms of optics. There will be a 64-megapixel primary sensor with an f/1.7 lens, along with an 8-megapixel ultra-wide shooter and a 2-megapixel macro shooter. In addition, for selfies, it will have a 16-megapixel front camera with an f/2.05 lens.

The phone runs on the Android 12 OS on the software front, which will be overlaid with the ColorOS UI 12.1. Lastly, it is packed with a 5,000mAh battery that supports 67W Super Flash Charge fast charging that can charge up to 80% in 29 minutes.