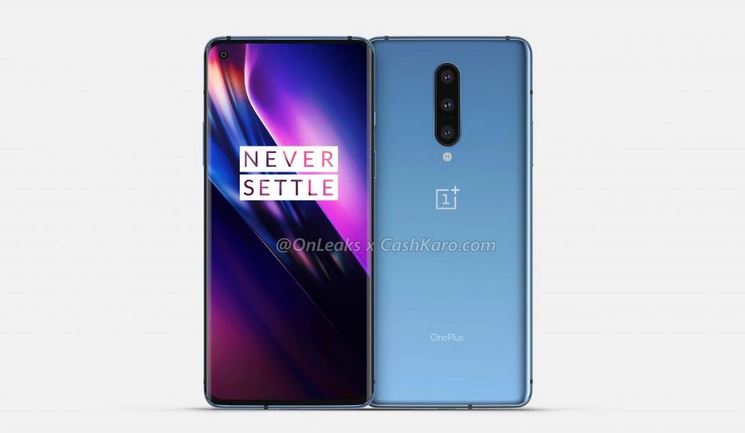 OnePlus 8 would be the first smartphone by the Chinese manufacturer to come with a punch-hole screen.

Renders of the OnePlus 8 were leakedearlier this month. Then we also came acrossOnePlus 8 Pro images later on. Now it has been reported that OnePlus 8 and OnePlus 8 Pro would launch in Q2 2020.

Tipster Max J on Twitter has claimed that both the phones will launch in the second quarter of next year. This coincides with the company’s usual announcement timeline as the OnePlus 7 and 7 Pro were announced in May this year. Apart from the time frame, the tipster has not revealed any hardware details about the upcoming OnePlus flagship smartphones.

The OnePlus 8 Pro is expected to feature a 6.65-inch display and a 90Hz refresh rate. OnePlus 8 Pro has four cameras at the back. The main camera module is positioned vertically like on the OnePlus 8. This is accompanied by an additional 3D Time-of-Flight sensor which will help improve depth sensing for portrait shots and bokeh.

OnePlus 8 will feature punch-hole in the upper-left corner of the display.OnePlus 8 would be the first smartphone by the Chinese manufacturer to come with a punch-hole screen. The phone will feature an in-display fingerprint scanner.

The phone will measure about 160.2 x 72.9 x 8.1mm (9.3mm including rear camera bump) in dimension and will feature a curved screen display that will be approximately 6.5-inch large. The screen will likely be AMOLED with a 90Hz refresh rate.

OnePlus 8 will have Warp Charge 30T fast charging support. The smartphone will be OnePlus first to support wireless charging. It will have a triple camera setup aligned vertically with LED flash.